Moosylvania and the campaign for the 52nd state


As a key part of their campaign, Jay Ward and his publicist, Howard Brandy, concocted a tour of the US, driving cross country to gather signatures on their petition to grant statehood to Moosylvania with the intention of presenting the scroll of thousands of signatures to President Kennedy.  Unfortunately for the duo, they arrived at the White House during the Cuban Missile Crisis and were unceremoniously turned away, receiving little or no publicity whatsoever for their efforts.

To make the tour, Jay decided that they should have their own vehicle in which to call attention to their campaign.  He gave artist Sam Clayberger a blank check to go buy a Ford Econoline van.  Sam was then asked to design the exterior and later execute that design.  Here are four of his concepts:

And here are some shots of Jay Ward and Howard Brandy from the tour: 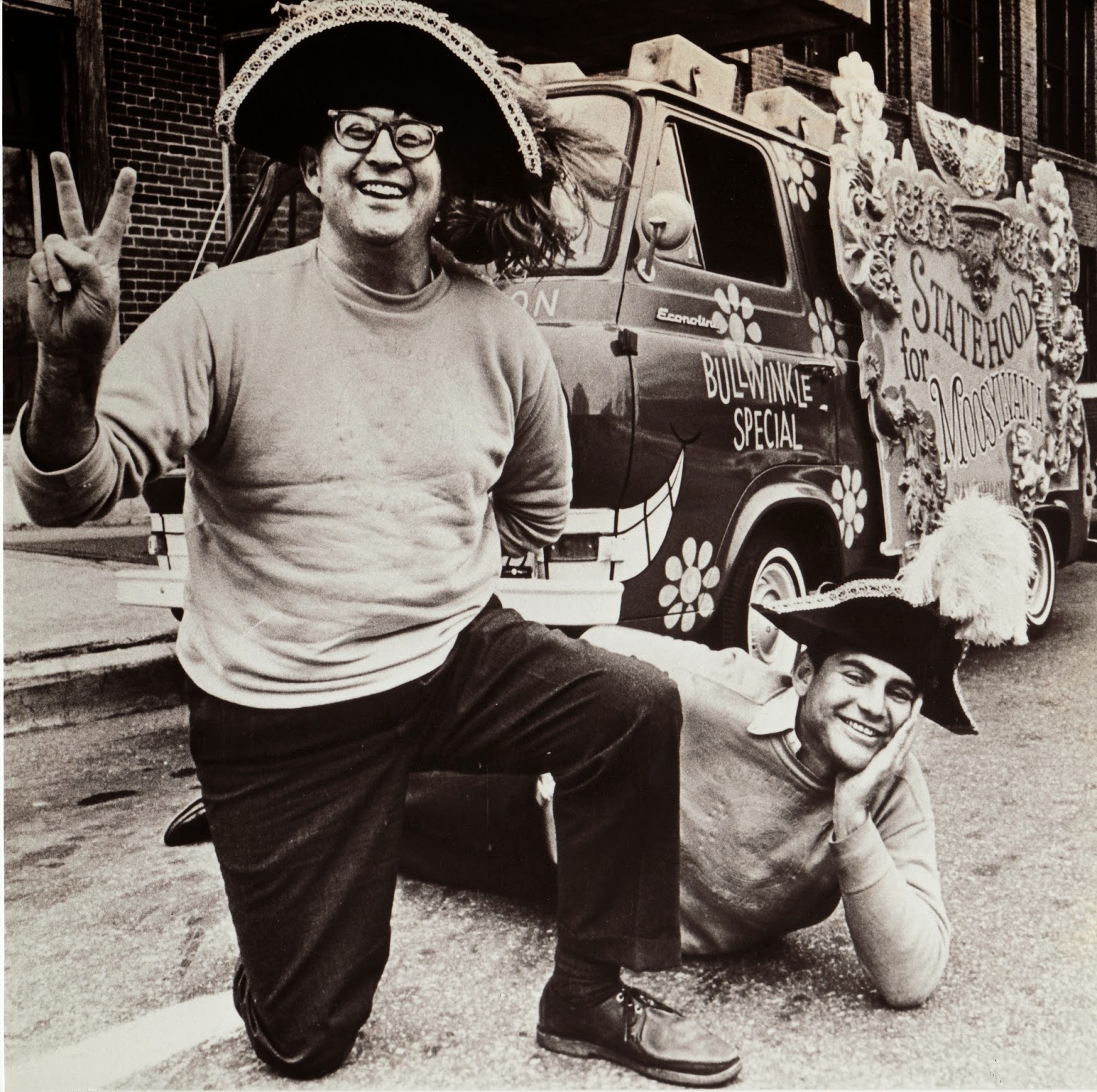 Barely visible behind the van, (I know, who's looking at the van?) is a steam-powered calliope that was carried in the rear of the van and which was deployed to announce the arrival of the campaign.
Posted by Darrell at 9:30 AM