Six months out from Christmas seems as good a time as any to talk about the holiday, maybe even better since it's easier to focus on Christmas without the Christmas rush.  As seen in many of my previous posts, Jay Ward had a keen sense of self-promotion and Christmas provided yet another opportunity for Jay Ward to showcase his sense of humor.  Each year a different artist was tapped to create the holiday greeting and each chose a different format.  Some of these images are featured in The Art of Jay Ward Productions but some of them didn't make the cut, mostly because of space issues.  First up, Sam Clayberger, who did three different versions for a Christmas card, Jay chose two of them to produce as 18 x 24" posters: 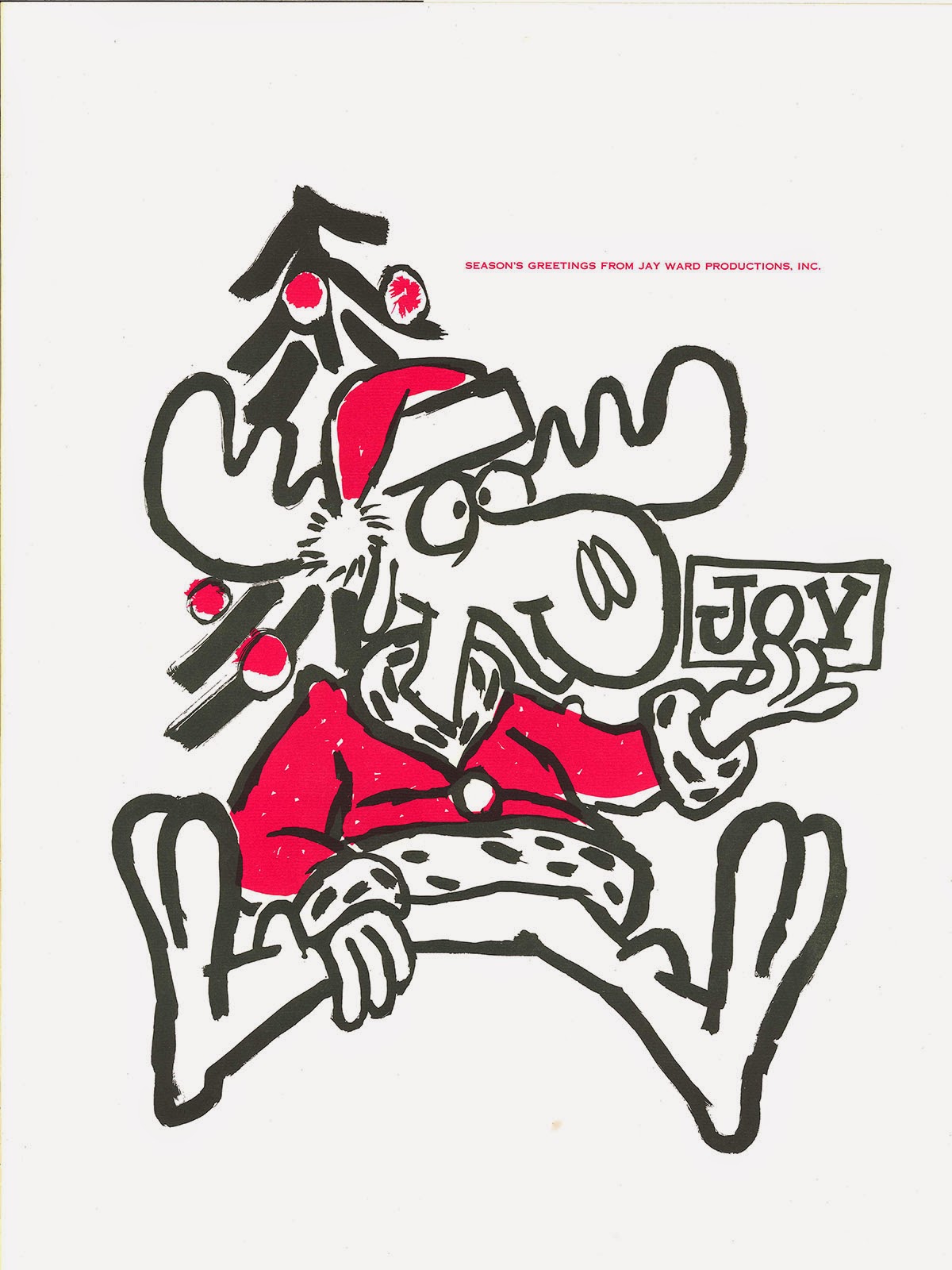 Allan Burns took a shot at one: 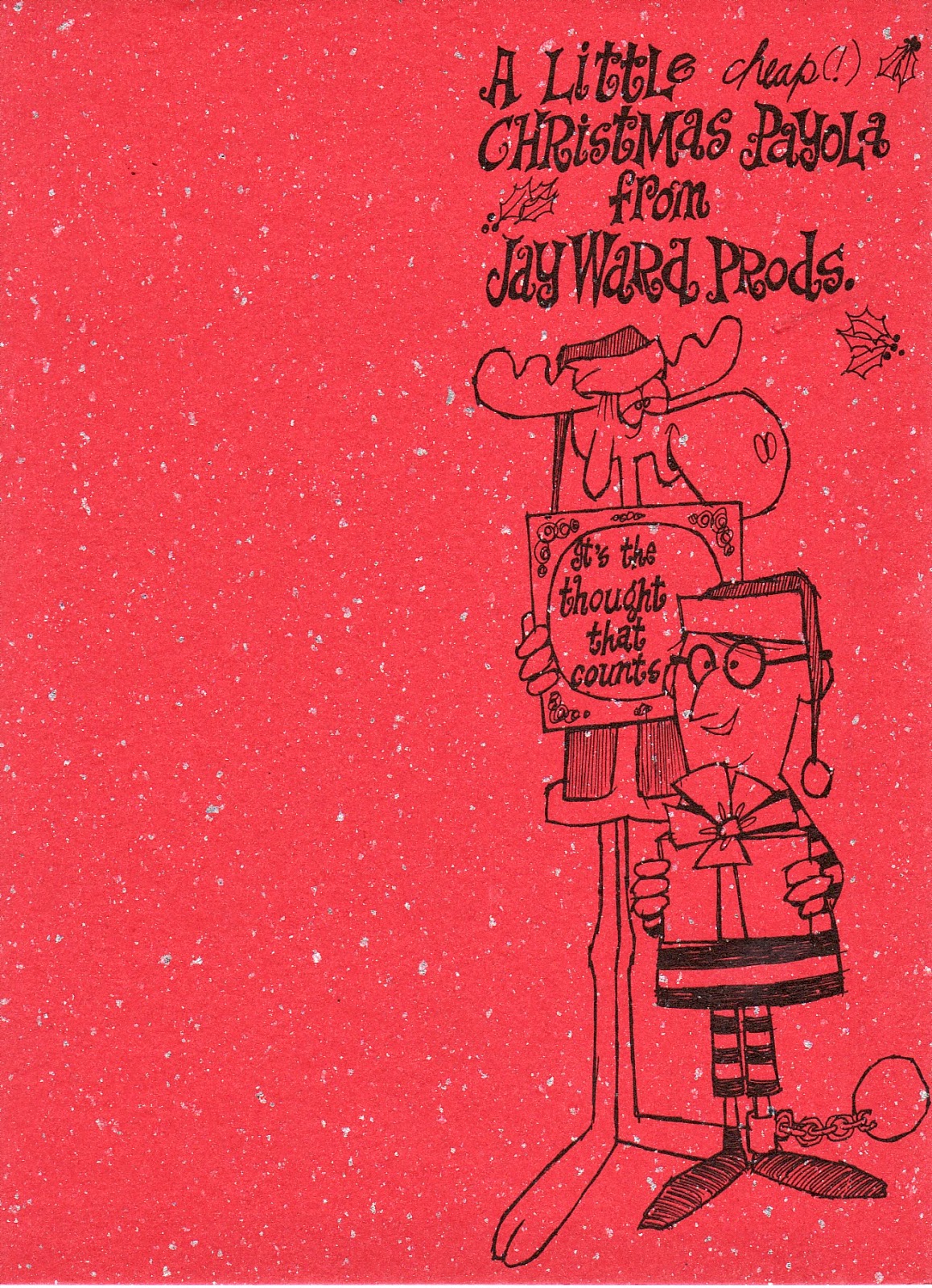 Shirley Silvey also did a Christmas card (that was also a Christmas ornament) which promoted upcoming shows, including some that were never produced:

The artist for this Christmas songbook is unknown but clearly the counterculture had taken over Hollywood: 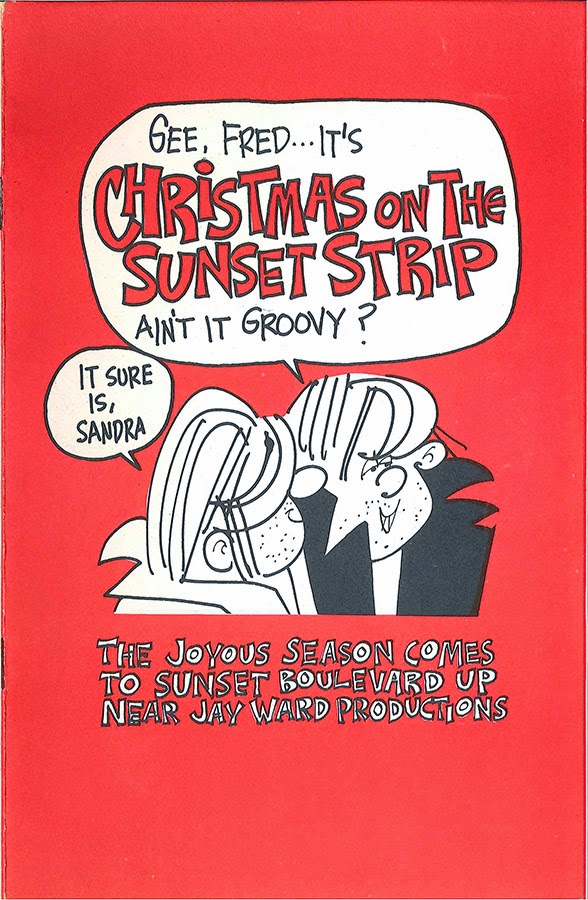