Life at the Jay Ward studio, as seen by Bill Scott, part 6 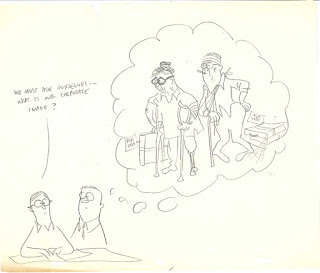 In the early days of the Ward studio, what success there was felt both ephemeral and transient to Bill Scott and Jay Ward.  After its initial run, Rocky and His Friends was renewed for a second season and although it was good news, it wasn't quite enough to calm the angst felt by the two producers. 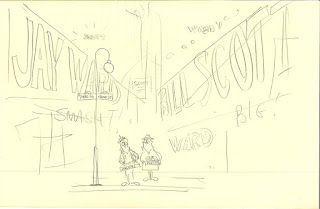 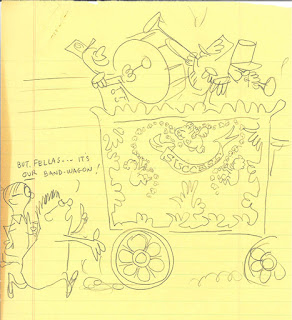 Scott measured that success through a series of barometers: 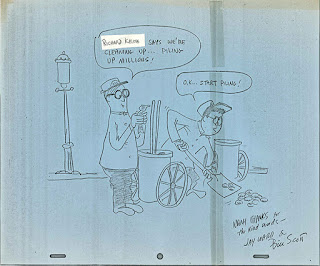 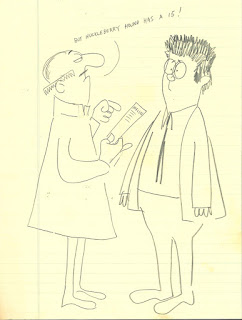 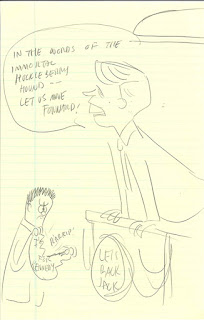 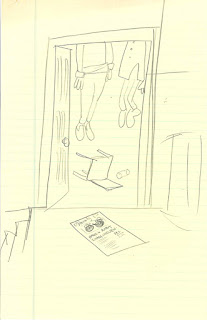 Bill Scott was a dyed-in-the-wool Democrat so JFK touting the competition was tantamount to treason.  At the time Scott drew the above right cartoon, Amos and Andy had been in reruns for about 8 years; seeing an old show garner higher ratings than their newly produced show was tough to take.

Then, there was the agency's perception of Jay Ward's success; in their eyes, Ward & Co. were practically stealing their money.  The cartoon below was not drawn by Bill Scott but given to him by the artist.  Betty was Betty O'Hara who was Dancer-Fitzgerald-Samples' West Coast contact for Ward. 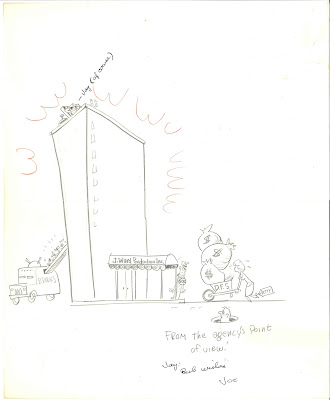