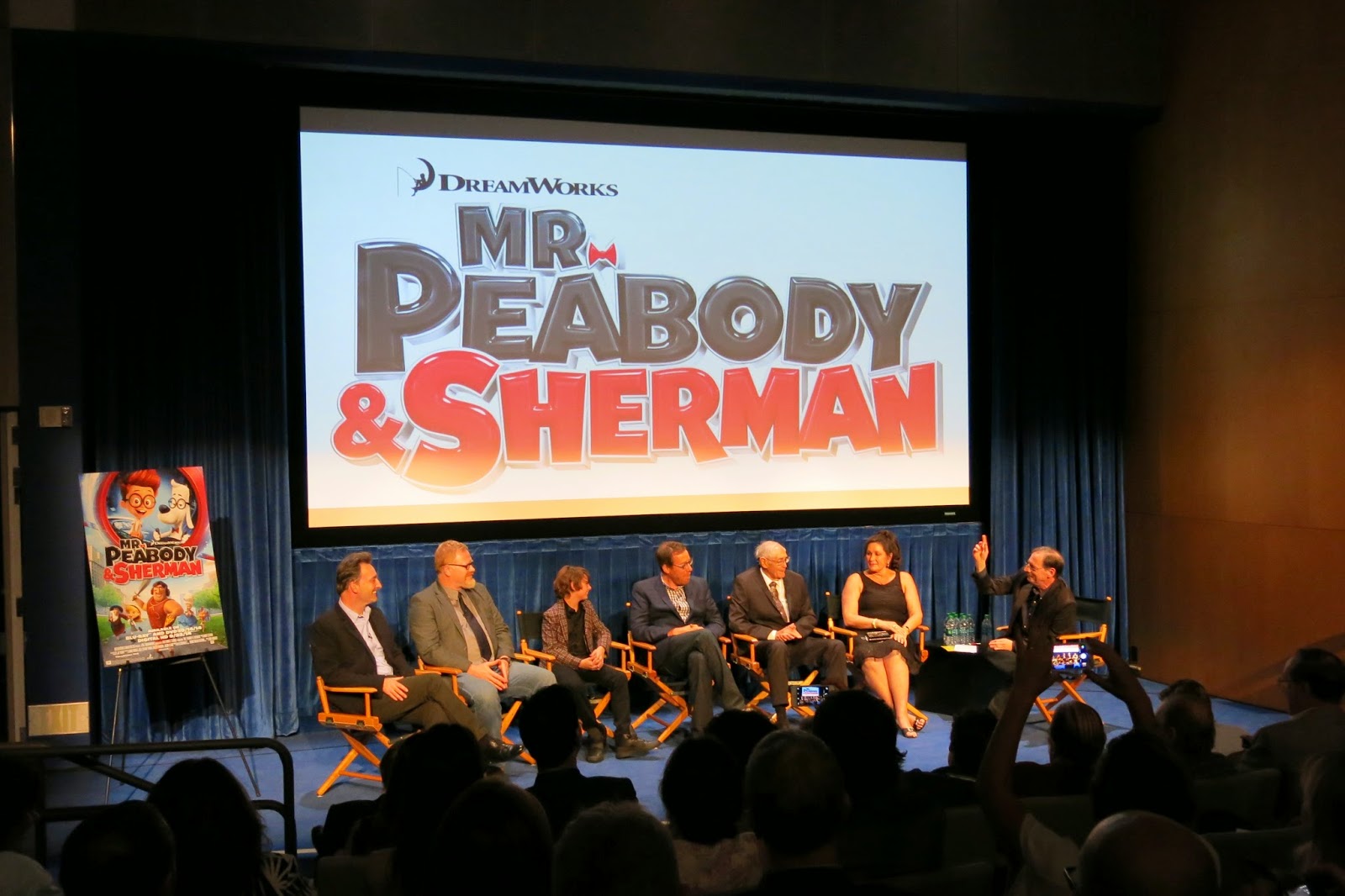 Last night, in conjunction with the upcoming DVD release of Dreamworks' Mr. Peabody and Sherman movie, the Paley Center for Media in Beverly Hills hosted the kickoff event for The Jay Ward Legacy Exhibit.  Featured on the panel moderated by Jerry Beck were Rob Minkoff, director of the Peabody feature, Max Charles, the voice of Sherman in the film, Gary Trousdale, director of the new Bullwinkle short, Tom Kenny, the new voice of Bullwinkle, Jay's daughter, Tiffany and last but not least, one of the two surviving American artists from the Ward operation in Mexico City, Frank Hursh.

I'll write a more detailed post on Frank Hursh's history and his significance in the Jay Ward studio history in the coming weeks but the short version is that Frank headed up the background department for Val-Mar/Gamma Studios in Mexico City for all the early Ward productions.  What made his presence at the event all the more remarkable was the fact that Frank had never been to Los Angeles before and has spent the last 35 years living in Mexico.  It was through the generosity of a private animation art collector that Frank was able to attend last night's shindig and be recognized for his contributions.

Making the evening even more historically significant was the attendance of Sam Clayberger, Jay Ward's lead background painter in Hollywood.  Sam painted backgrounds on all the locally produced elements such as title sequences, bumpers, end credits and occasional episodes of Fractured Fairy Tales and Aesop & Son as well as dozens of Cap'n Crunch cereal commercials. Here were Ward's two main BG painters, who performed essentially the same function 55 years ago and thousands of miles apart, meeting for the first time.  It was literally a once in a lifetime event.

Featured in the Paley's main gallery was an exhibit I curated, featuring dozens of rare pieces of production art used in the making of Rocky and Bullwinkle episodes, Peabody's Improbable History, Fractured Fairy Tales, Aesop & Son, Dudley Do-right of the Mounties and Cap'n Crunch commercials.  The exhibit runs through December 31, 2014 so be sure to get down there to see this art before it heads back to private collections.