In 1959, Alaska and Hawaii had been just been welcomed into the United States, a mere two years before the debut of The Bullwinkle Show, and the country seemed to be on a roll for admitting new states.  Continuing the effort to gain recognition for The Bullwinkle Show, George Atkins and Allan Burns came up with a campaign to keep the ball rolling and admit the fictional state of Moosylvania as the 52nd state.  (Bonus points if anyone can name the 51st state and triple bonus points if anyone can name all 57 states that the 44th President claimed were part of the Union.)  To give weight to the campaign, an island between Minnesota and Canada was leased as Moosylvania for several years; Moosylvania was also later incorporated into a story line on The Bullwinkle Show.  You can read more about the campaign and "state" in Keith Scott's seminal history of Jay Ward, The Moose That Roared.

Atkins and Burns came up with a promotional brochure to educate US leaders and the populace as to the benefits of admitting Moosylvania, including a map of the proposed state: 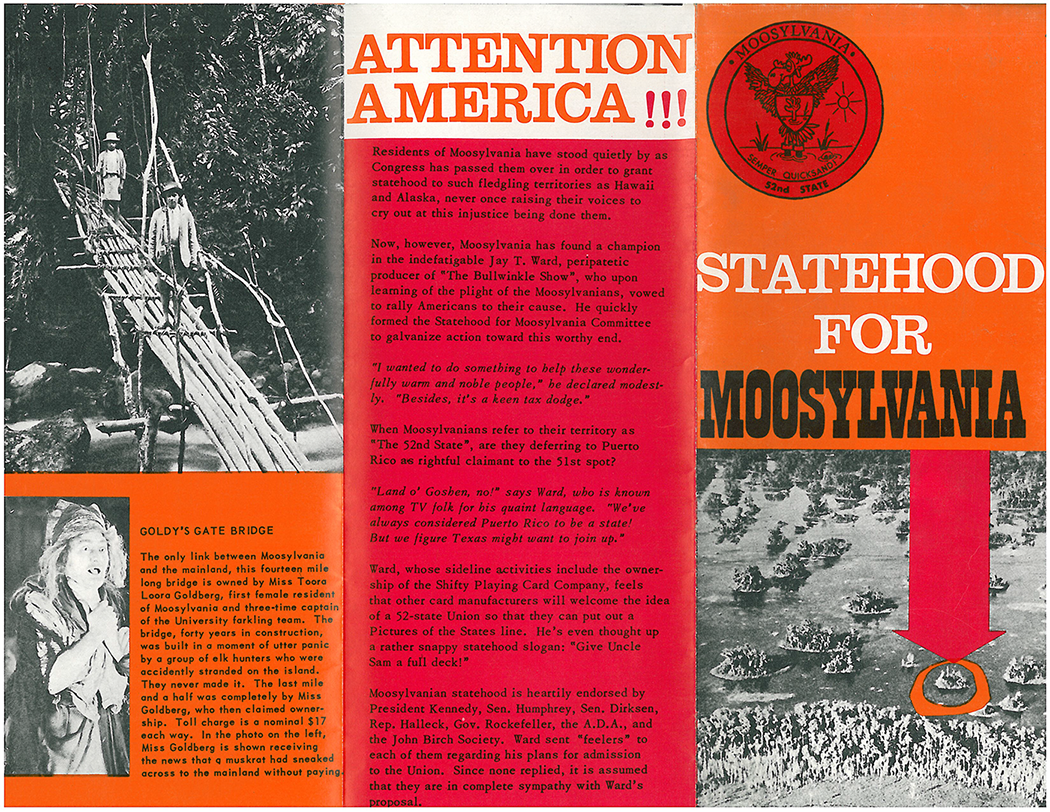 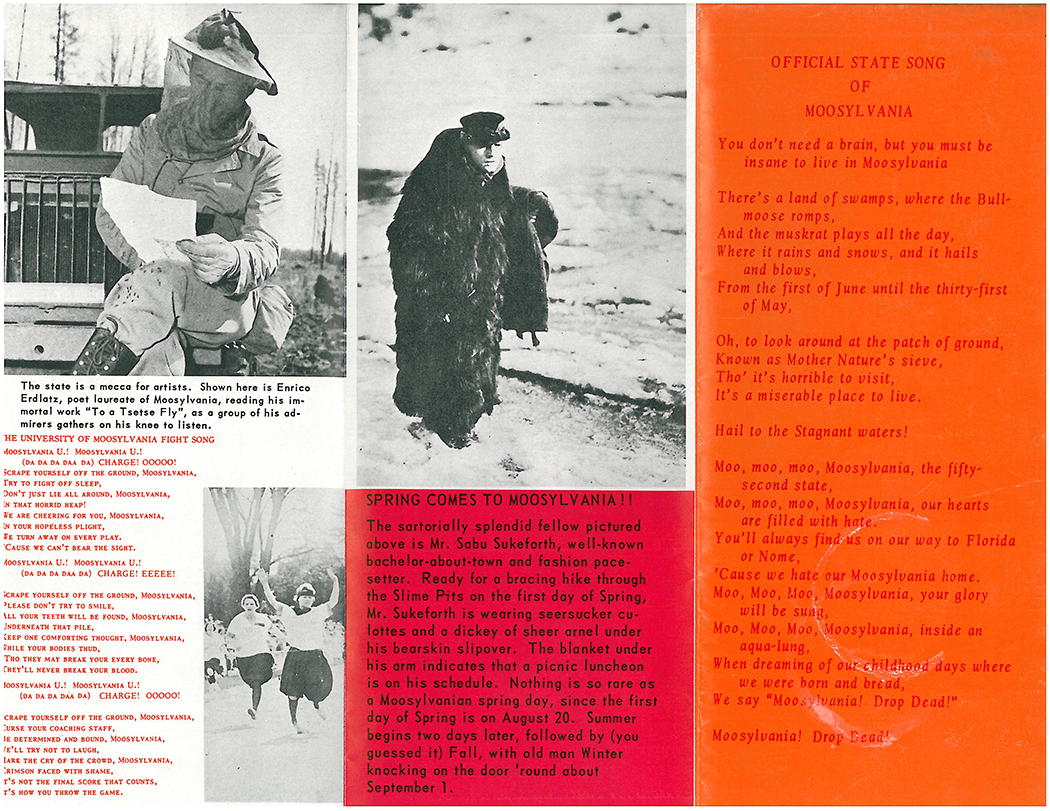 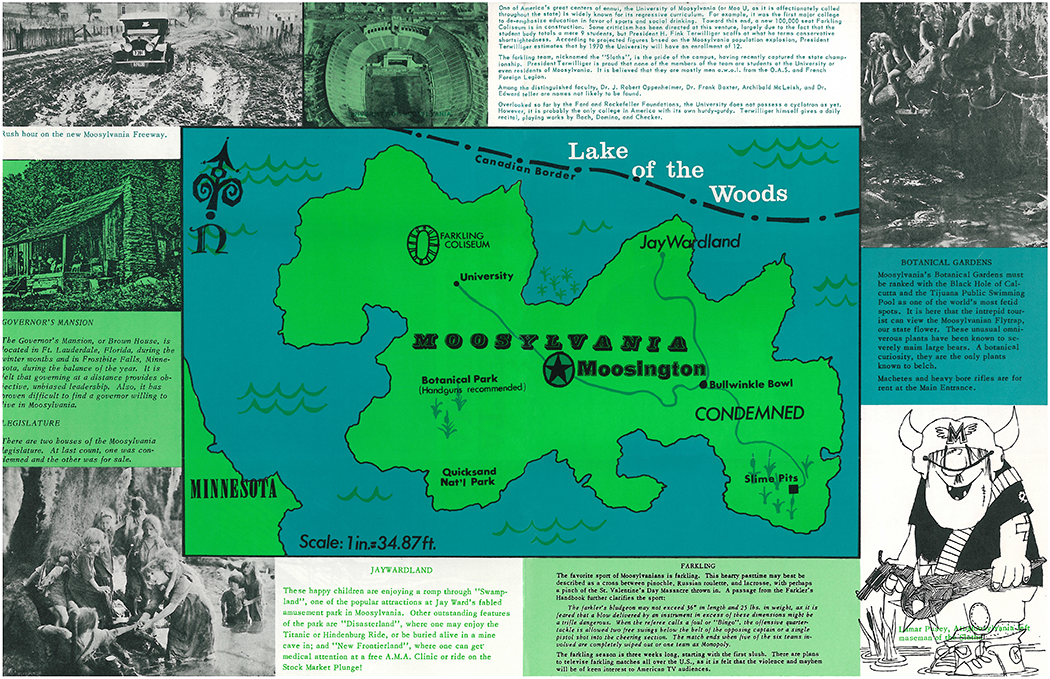 Once you were convinced of the merits of statehood, you could become a member of the Moosylvania Swamp Rat Patrol: 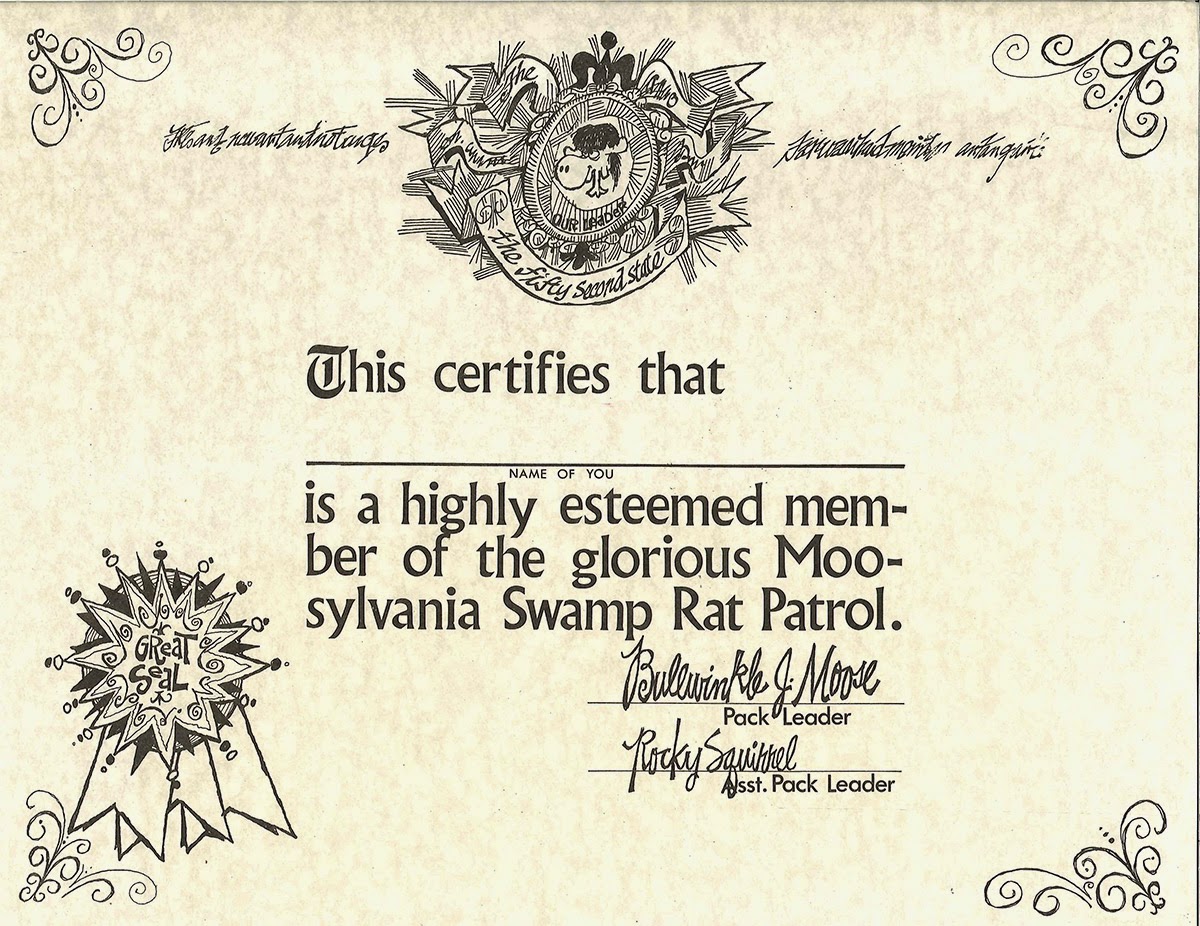 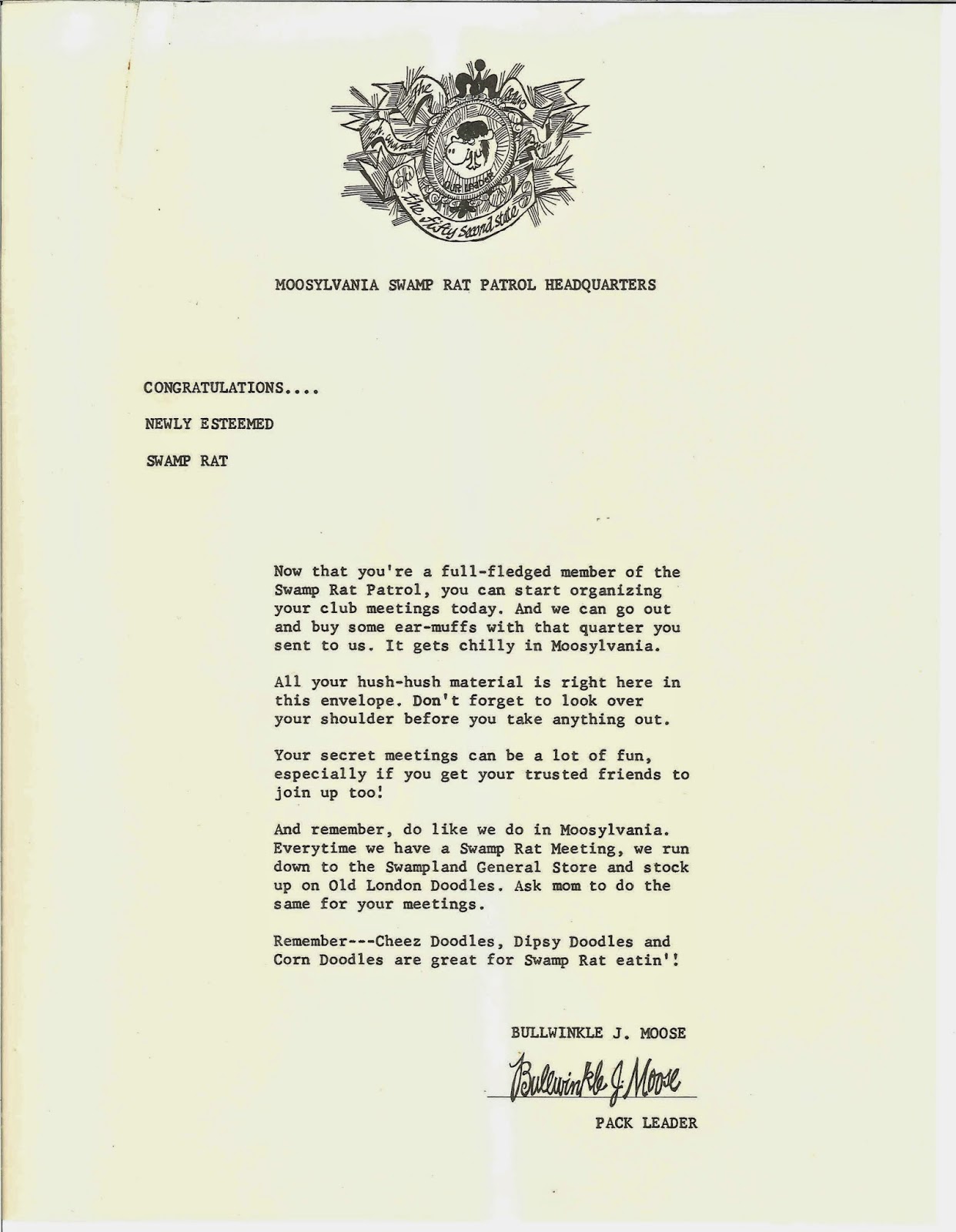 There's a good chance that your materials could have come in either one of these envelopes: 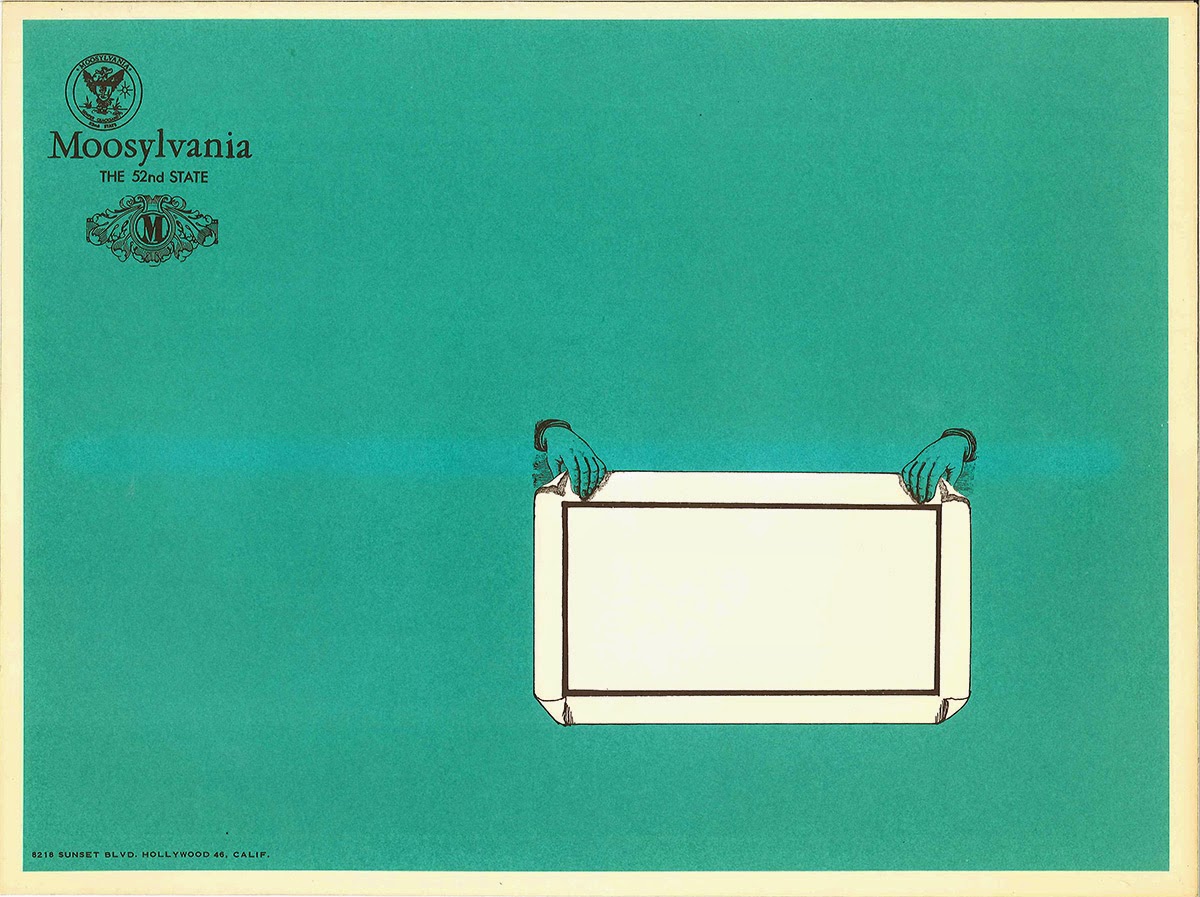 Once you were on board, you could march in support of statehood: 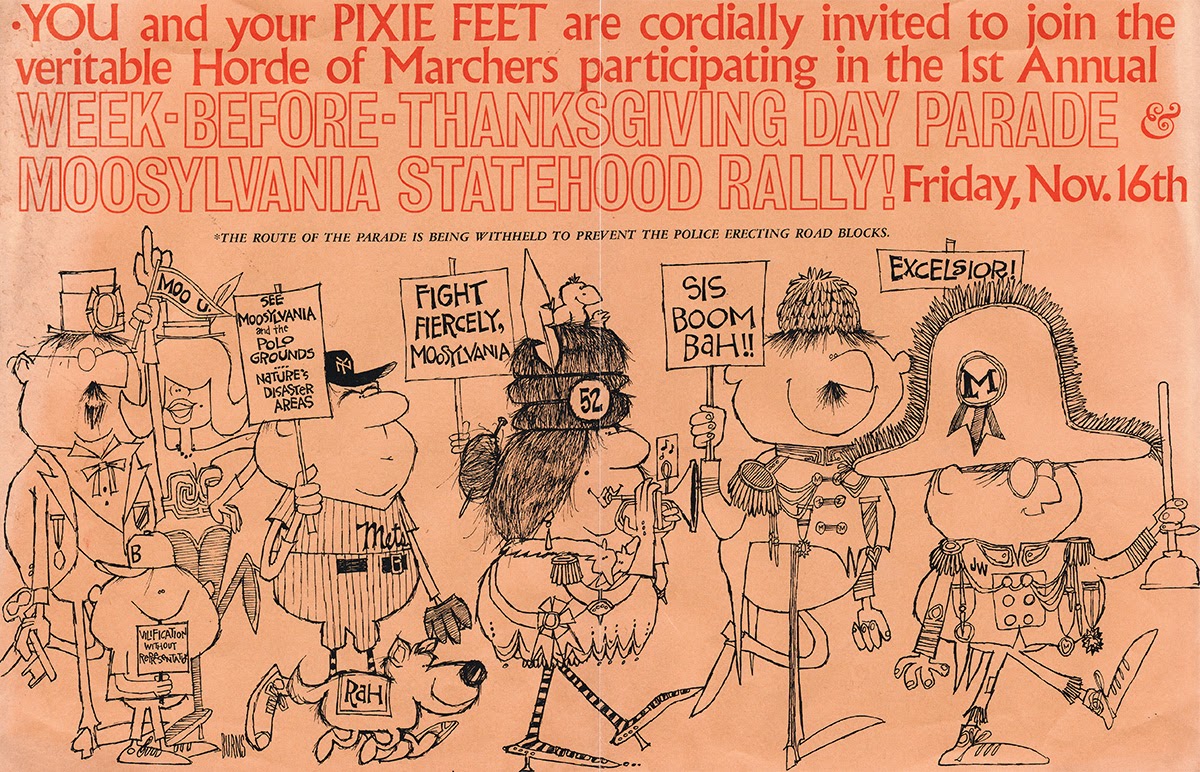 Wear a badge trumpeting your support of the new state: 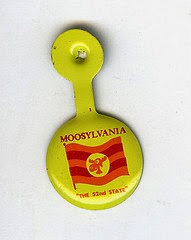 Put a decal on your car or dorm room window: 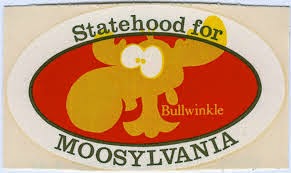 Sing songs from the Moosylvania songbook: 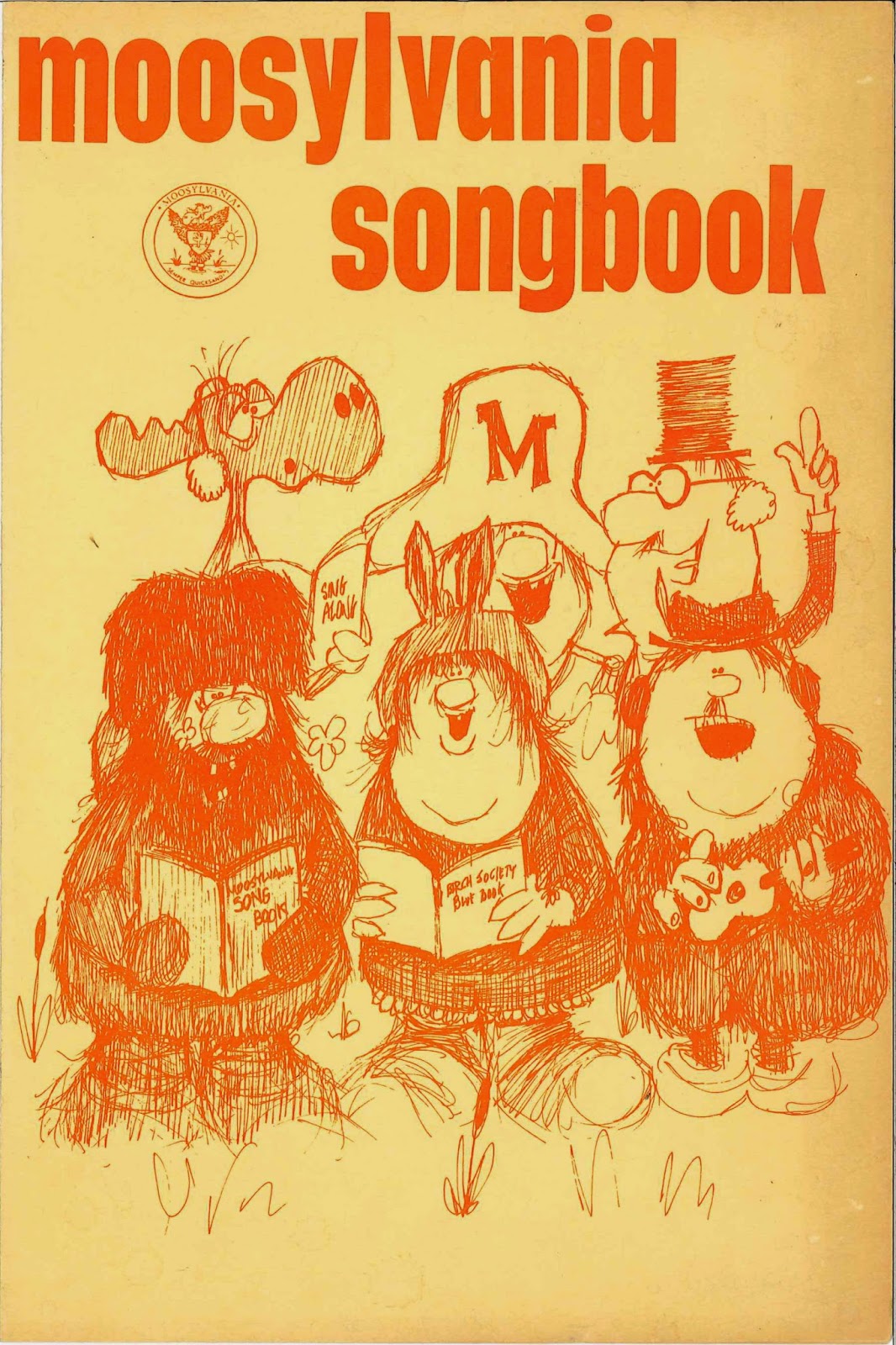 Or listen to the music from A Salute to Moosylvania: 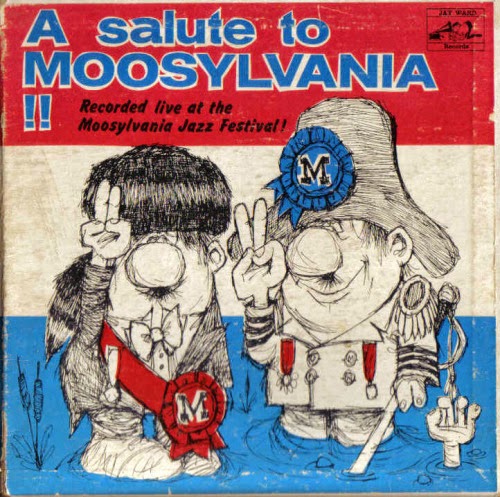 For those so inclined, you can hear the album here.  The site suggests that Allan Burns wrote the liner notes but because George Atkins was the writer of record for all the other promotions, it's more likely that the notes were his work with art by Burns.

All art by Allan Burns except for the two envelopes, badge and decal which were done by Sam Clayberger.  It's clear that working on the campaign for Statehood for Moosylvania must have been good for one's health as both artists are still with us today.
Posted by Darrell at 9:30 AM