Jay Ward and the art of self-promotion, part 4

Jay Ward and his publicity machine--Howard Brandy, publicist; George Atkins, writer; Allan Burns and Sam Clayberger, artists--continued their assault on network apathy for The Bullwinkle Show with two other events, this time on the East Coast.  Roughly equivalent to the West Coast's Bullwinkle Block Party, Jay threw a Picnic at the Plaza at New York's famed Plaza Hotel. Here's some of the paraphernalia from the event: 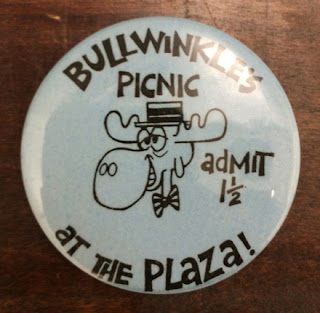 For those having trouble reading the box lunch menu, here are the details:


Jay also staged the Coney Island Film Festival at where else, that mecca for cinephiles, Coney Island.  Here's a piece of letterhead for the event: 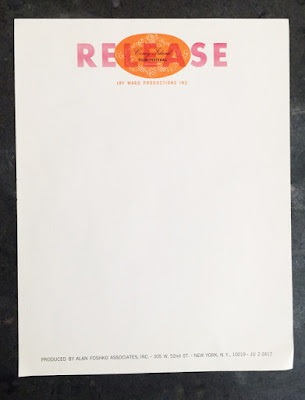 You can read more about the Picnic at the Plaza in Keith Scott's essential history of the Jay Ward studio in The Moose That Roared and you can see more cool art from the studio in The Art of Jay Ward Productions.
Posted by Darrell at 9:30 AM