Jay Ward Productions had one of the longest running accounts in advertising history, producing animated commercials for one client, Quaker Oats, for over 20 years.   First out of the gate was Cap'n Crunch, a property developed by ace storyboard artist and designer Roy Morita and future TV comedy writer Allan Burns (see pages 227-239 in The Art of Jay Ward Productions).

Sam Clayberger was kept very busy during those decades, keying and painting all of the backgrounds for the commercials, below are a few samples of his work on Cap'n Crunch: 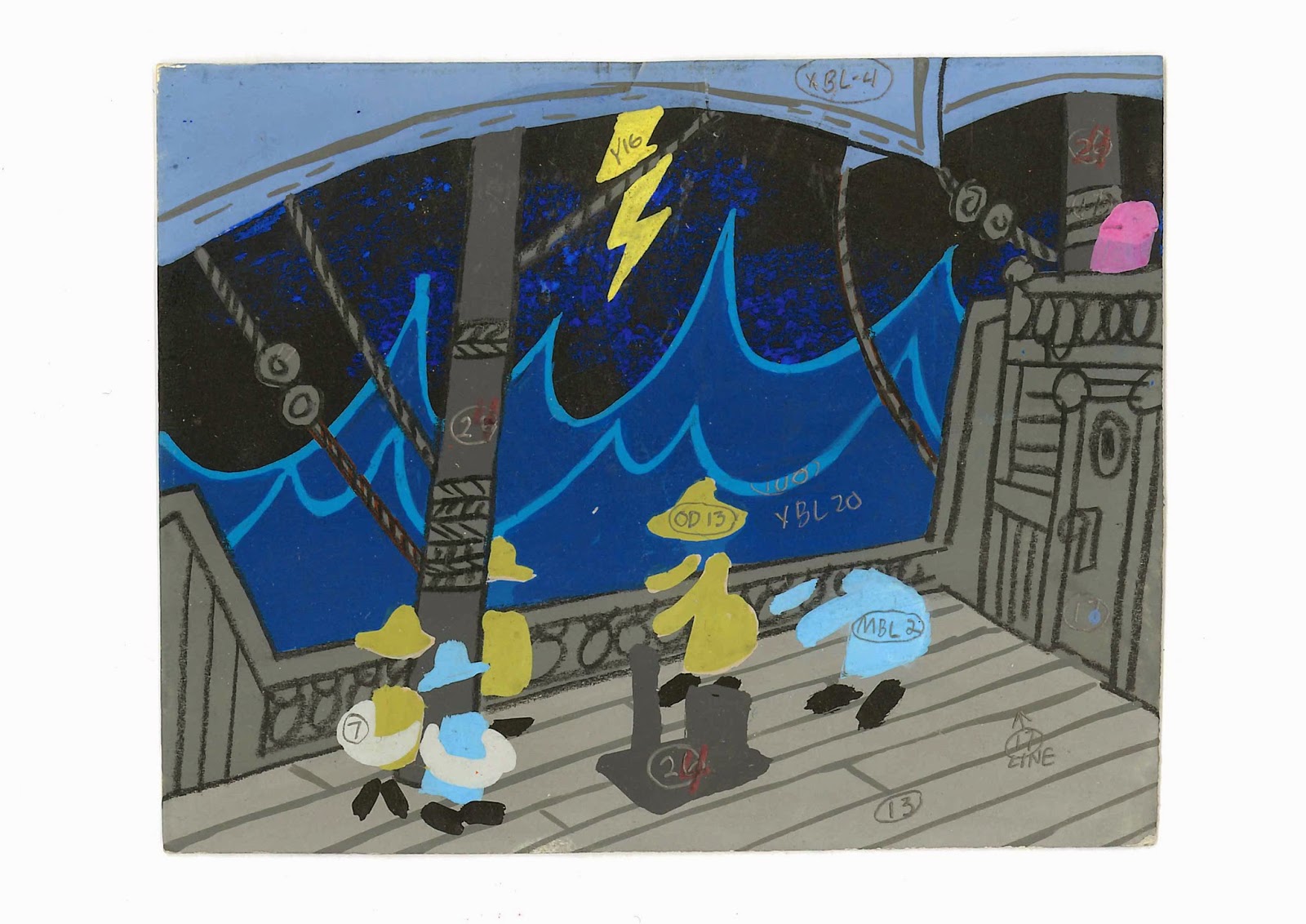 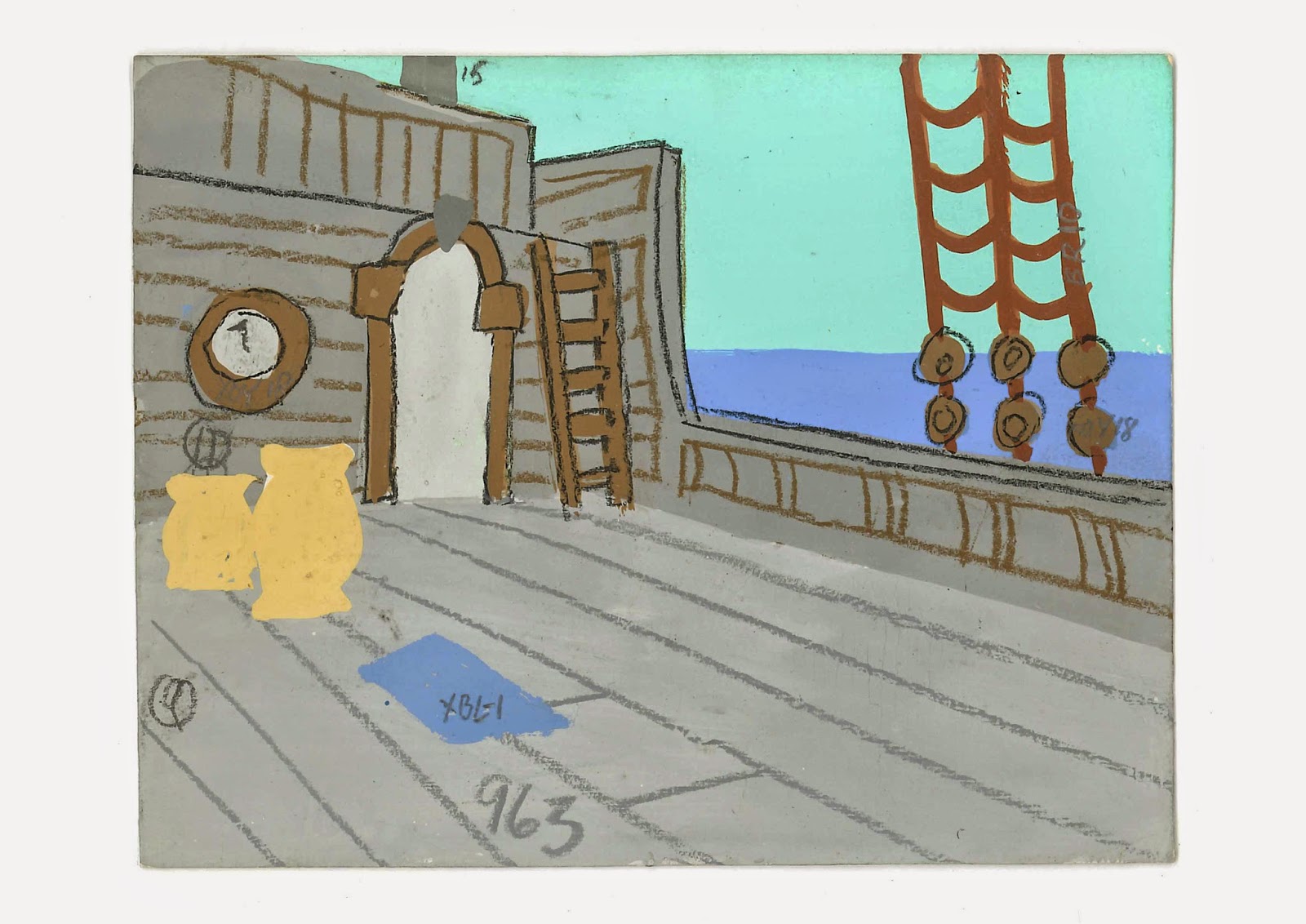 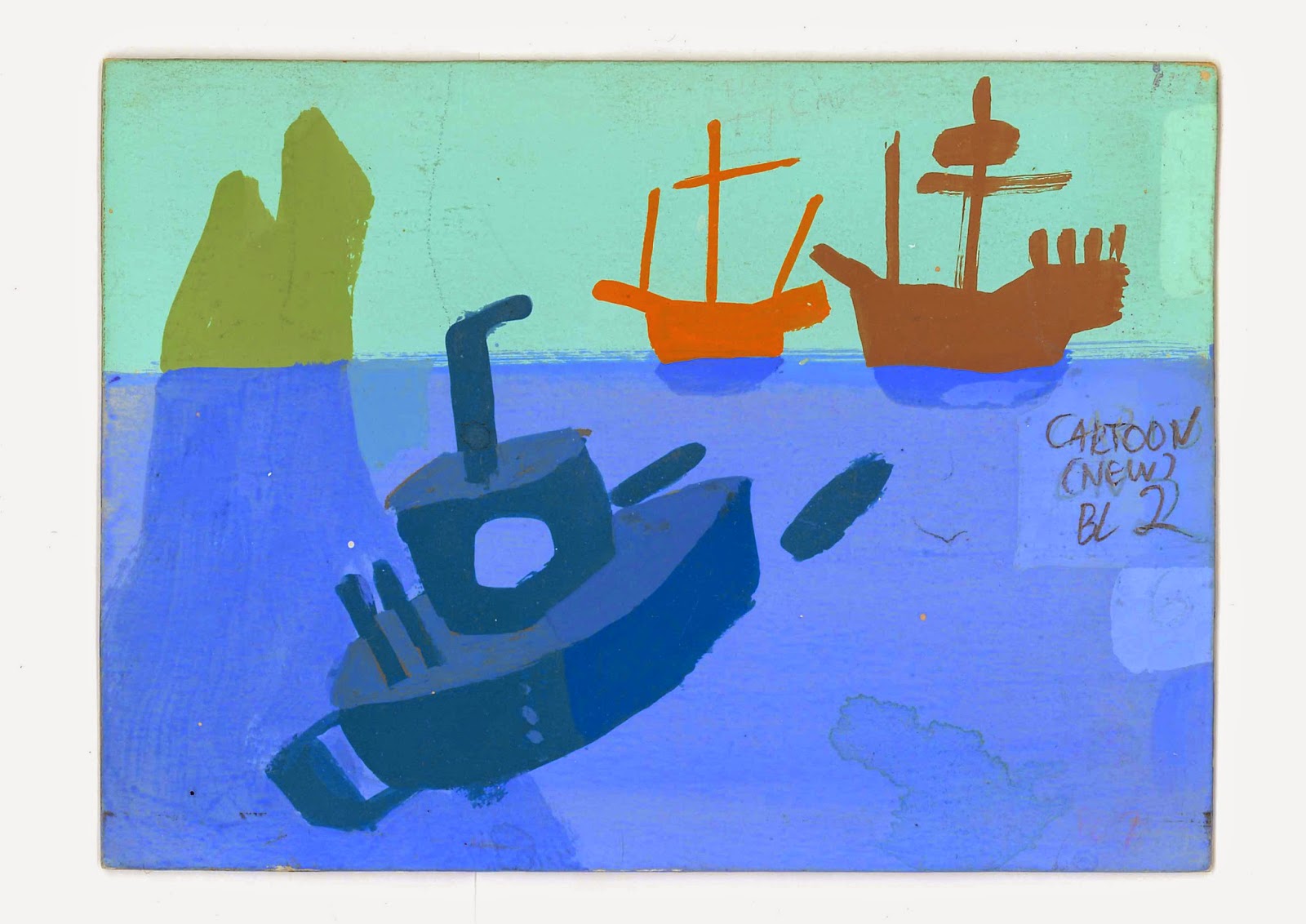 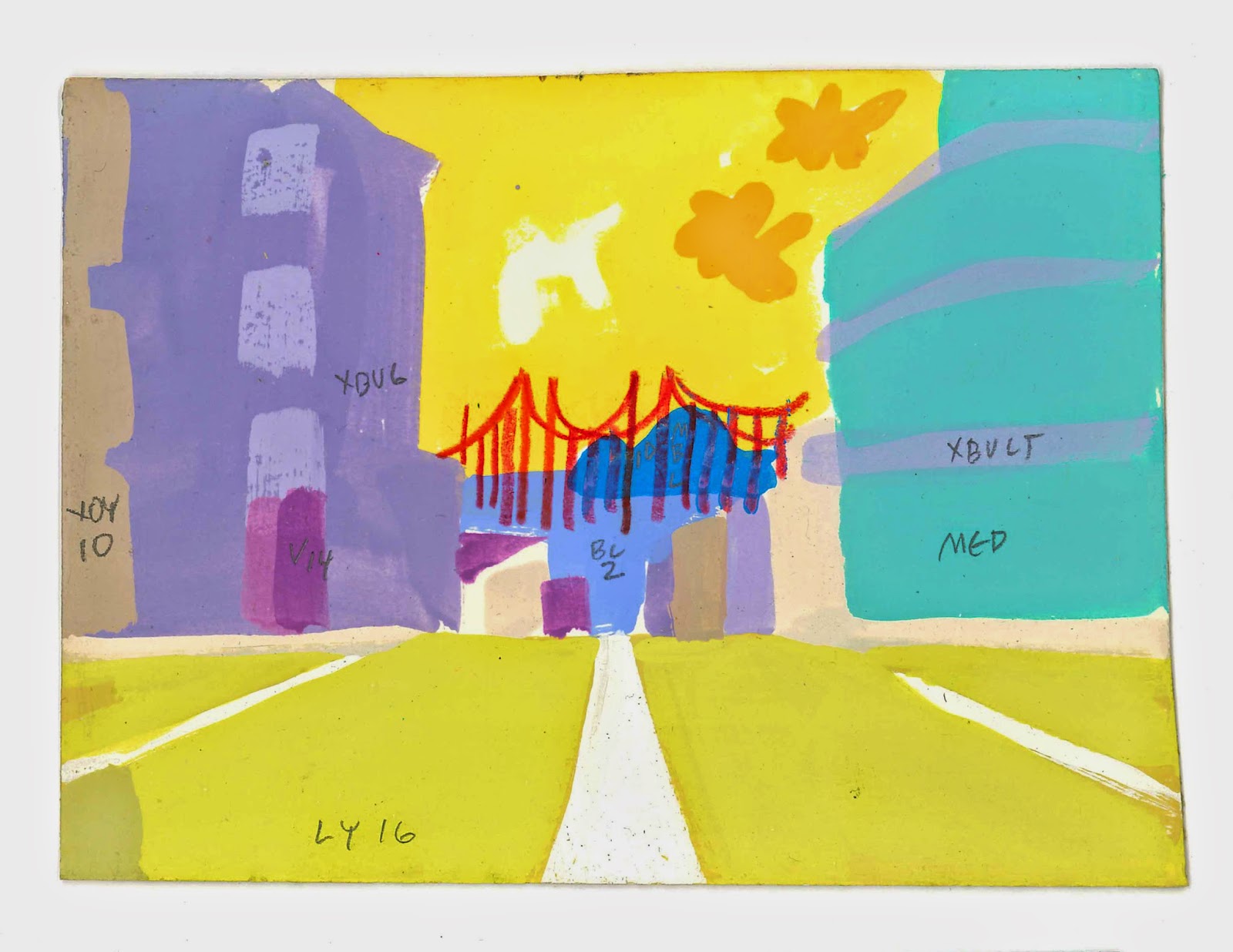 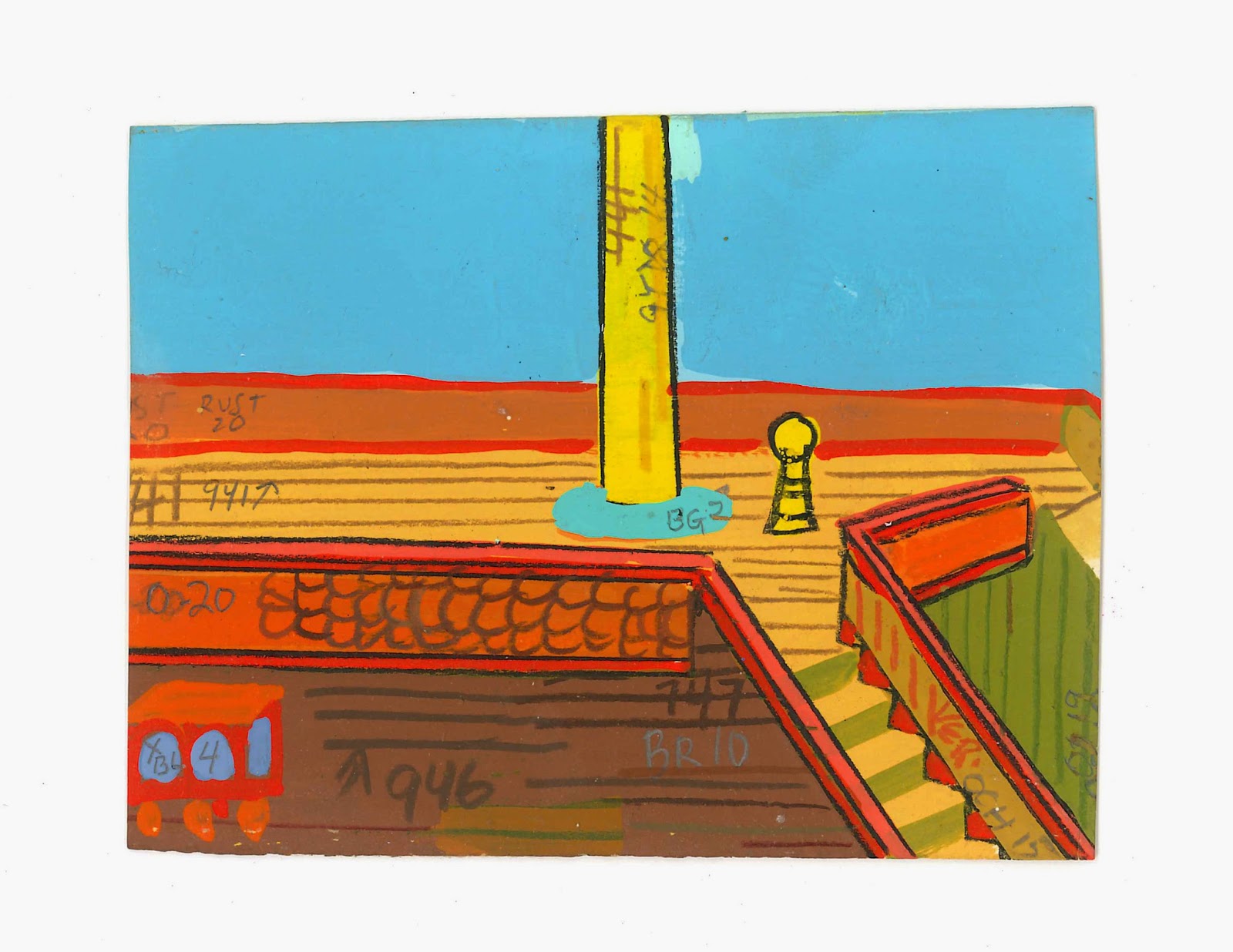 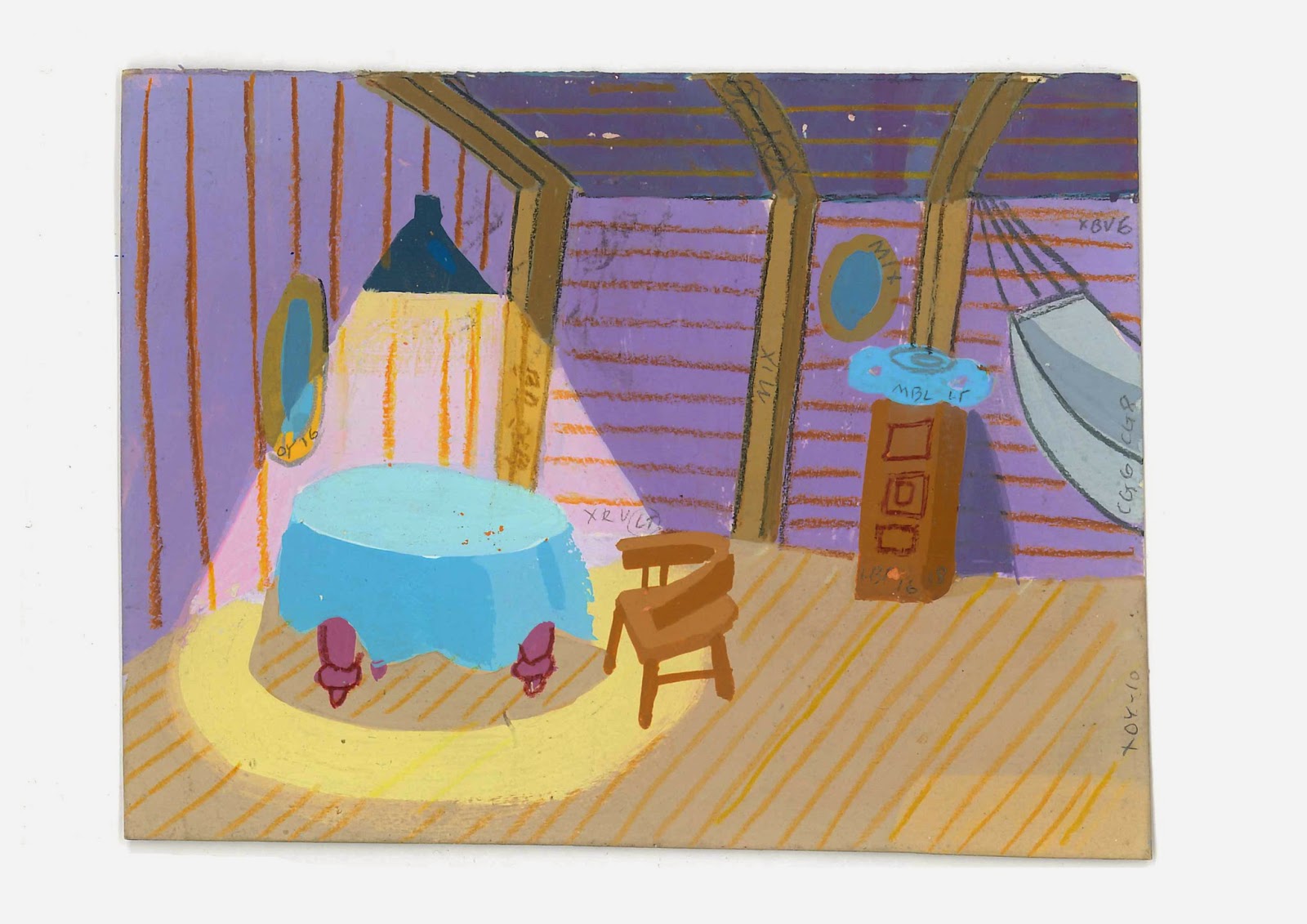 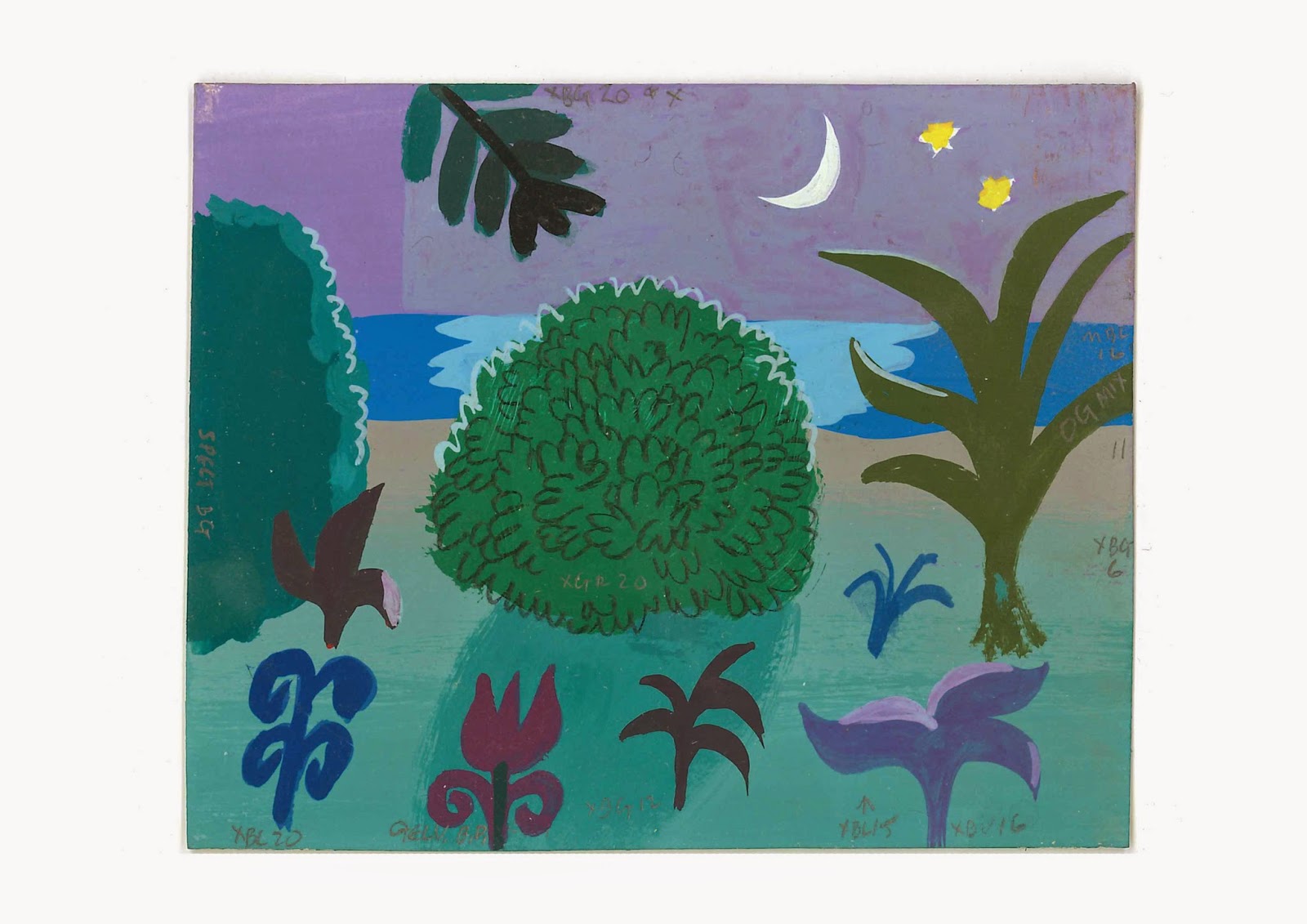 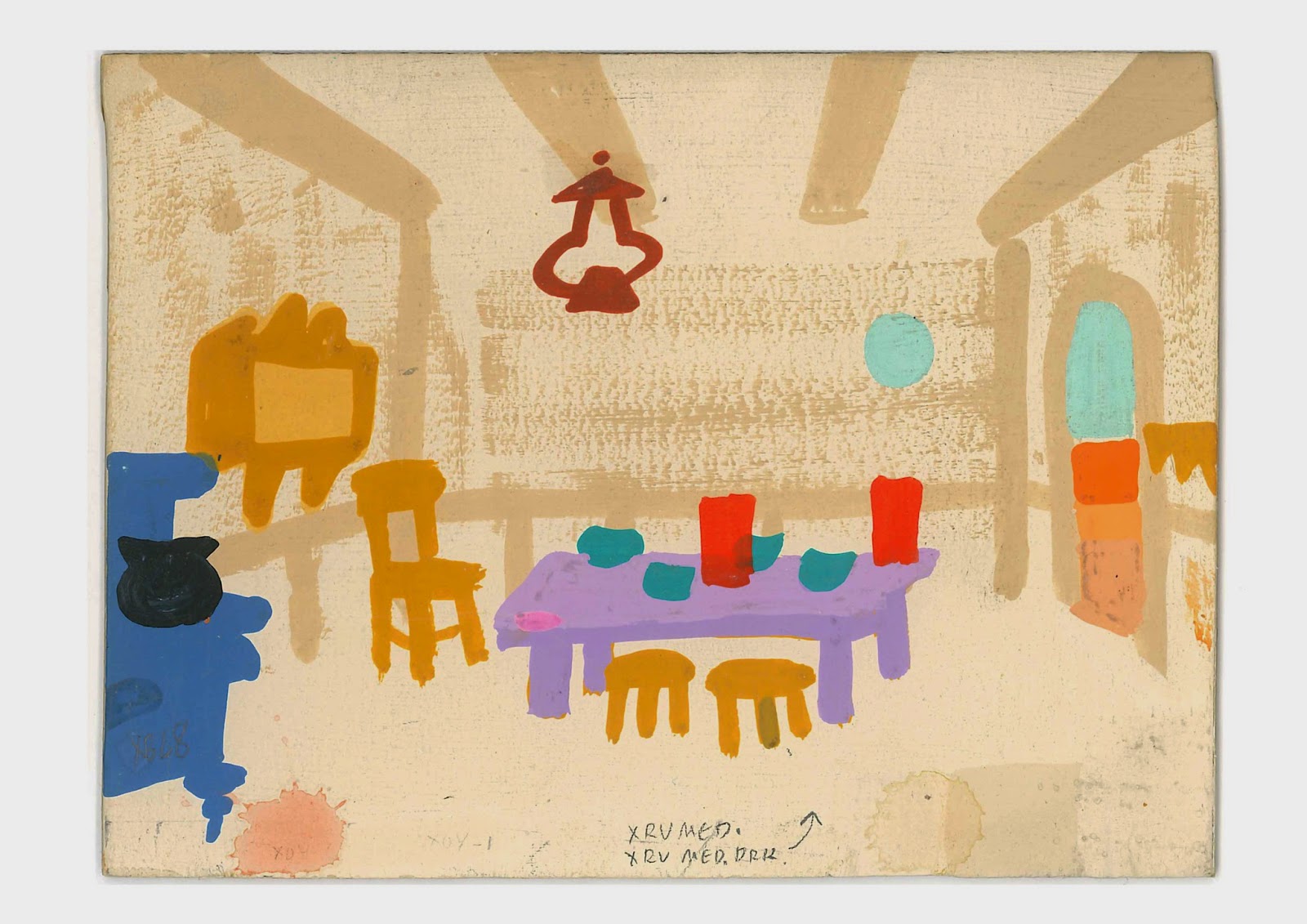 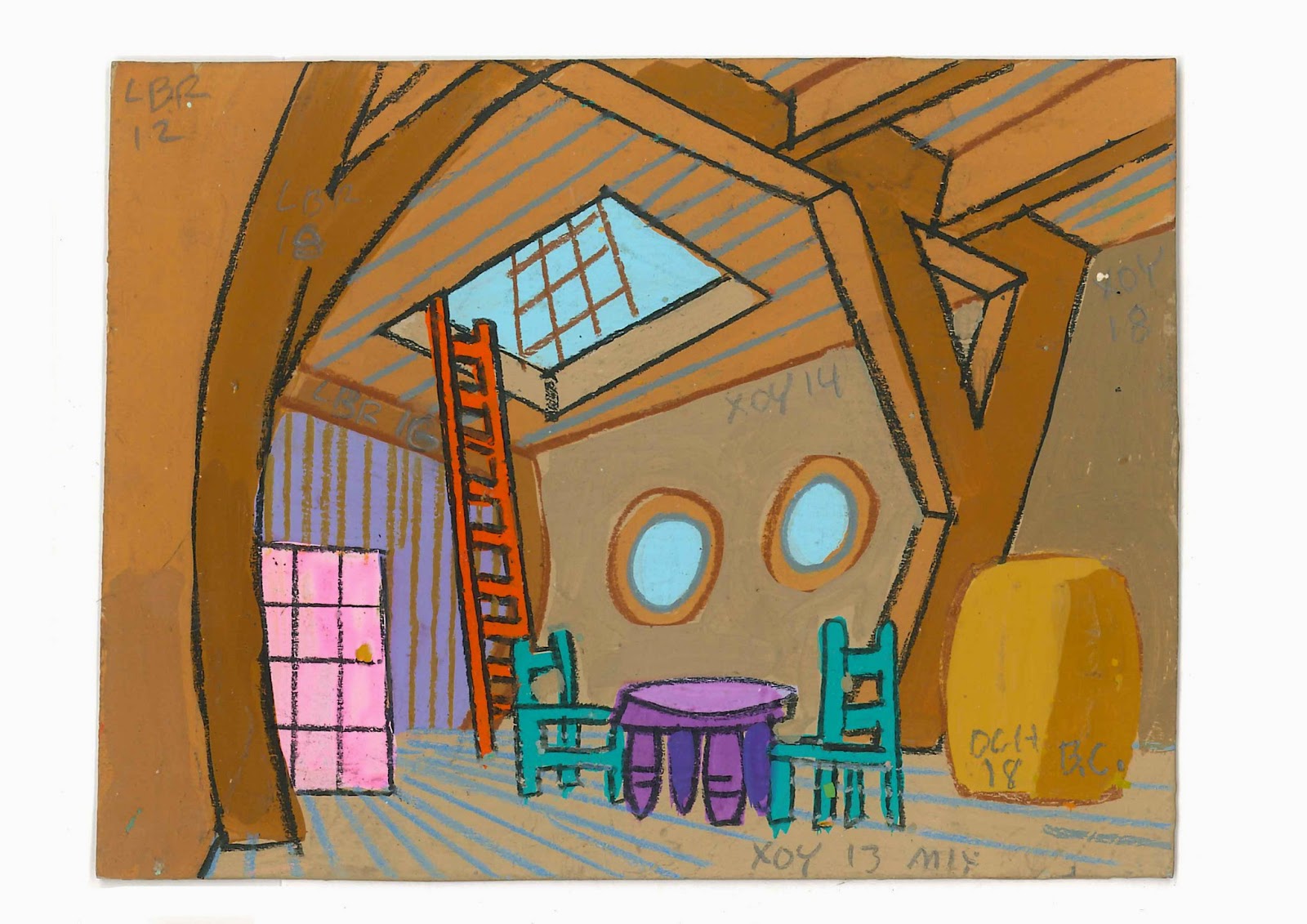 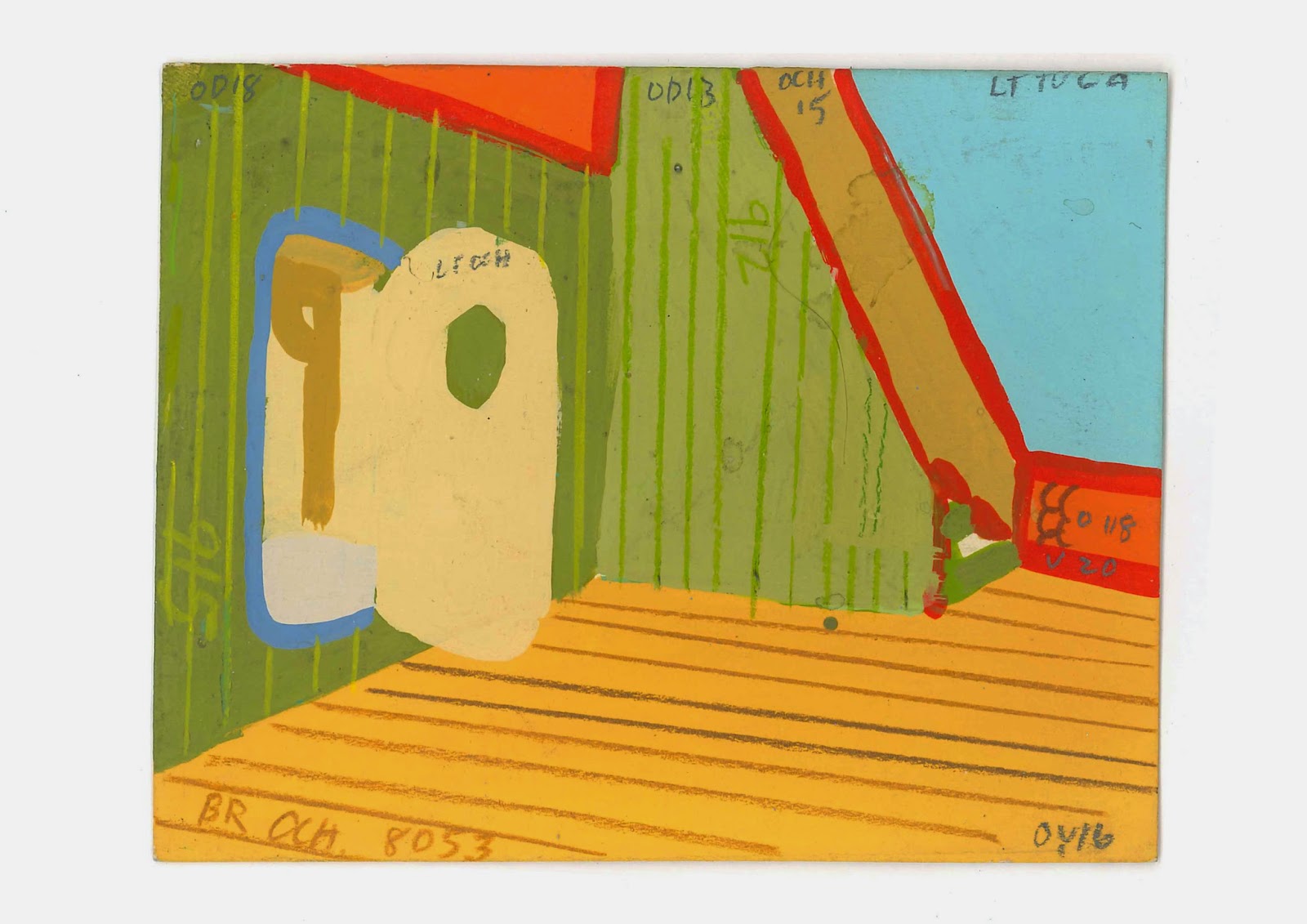 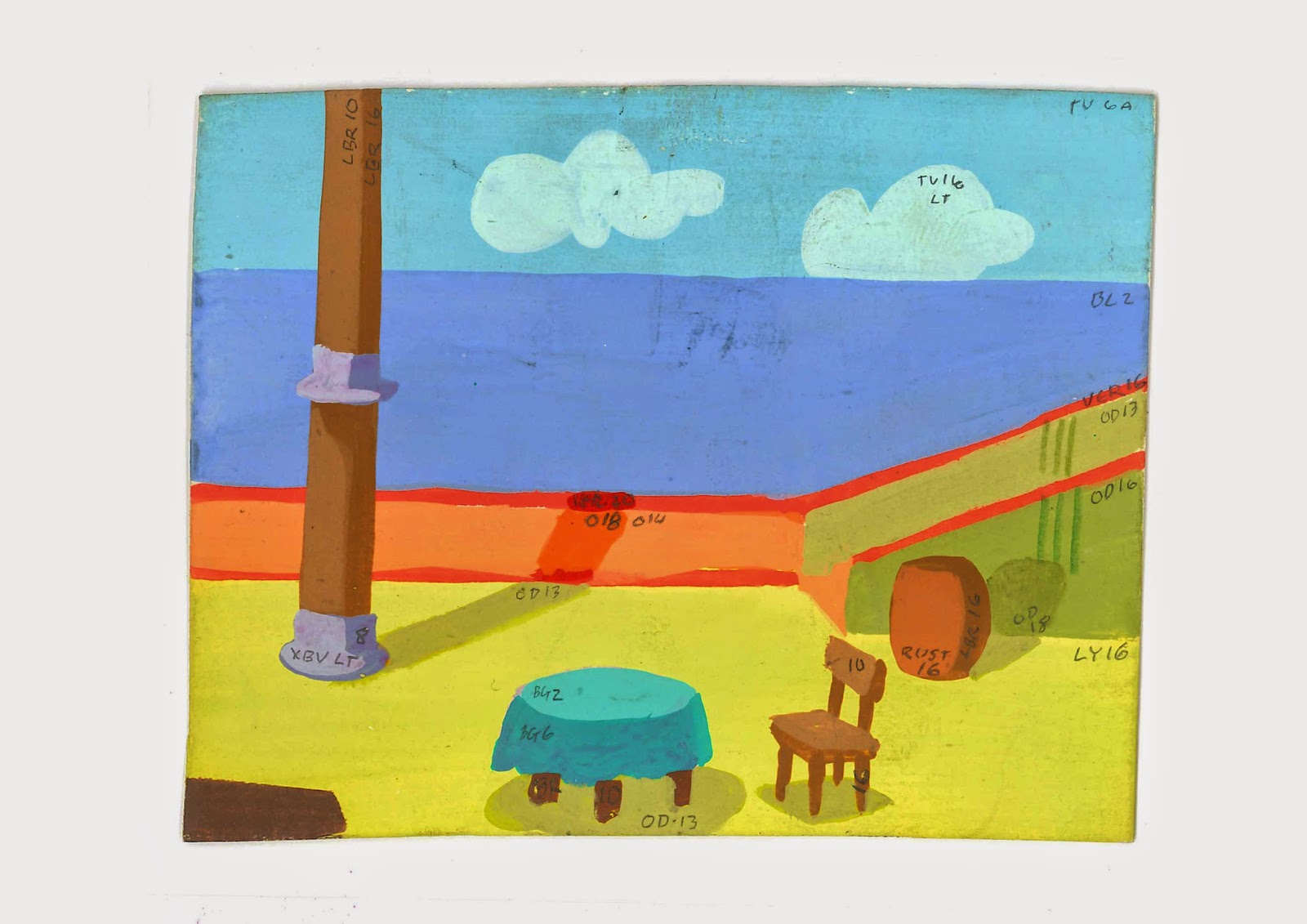 A few years later, Bill Scott developed Quisp and Quake for Quaker Oats, here are some of Sam's keys for those spots: 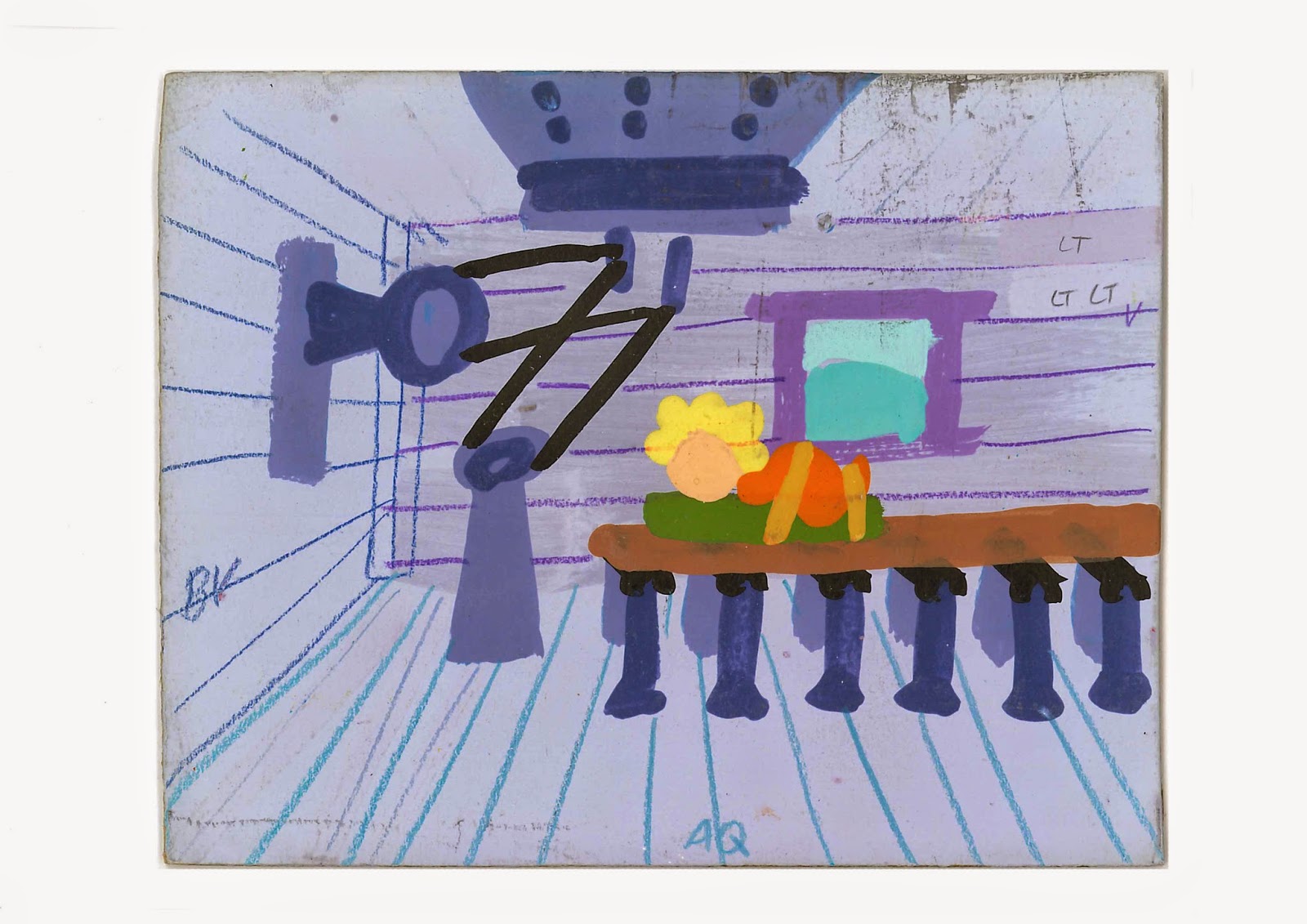 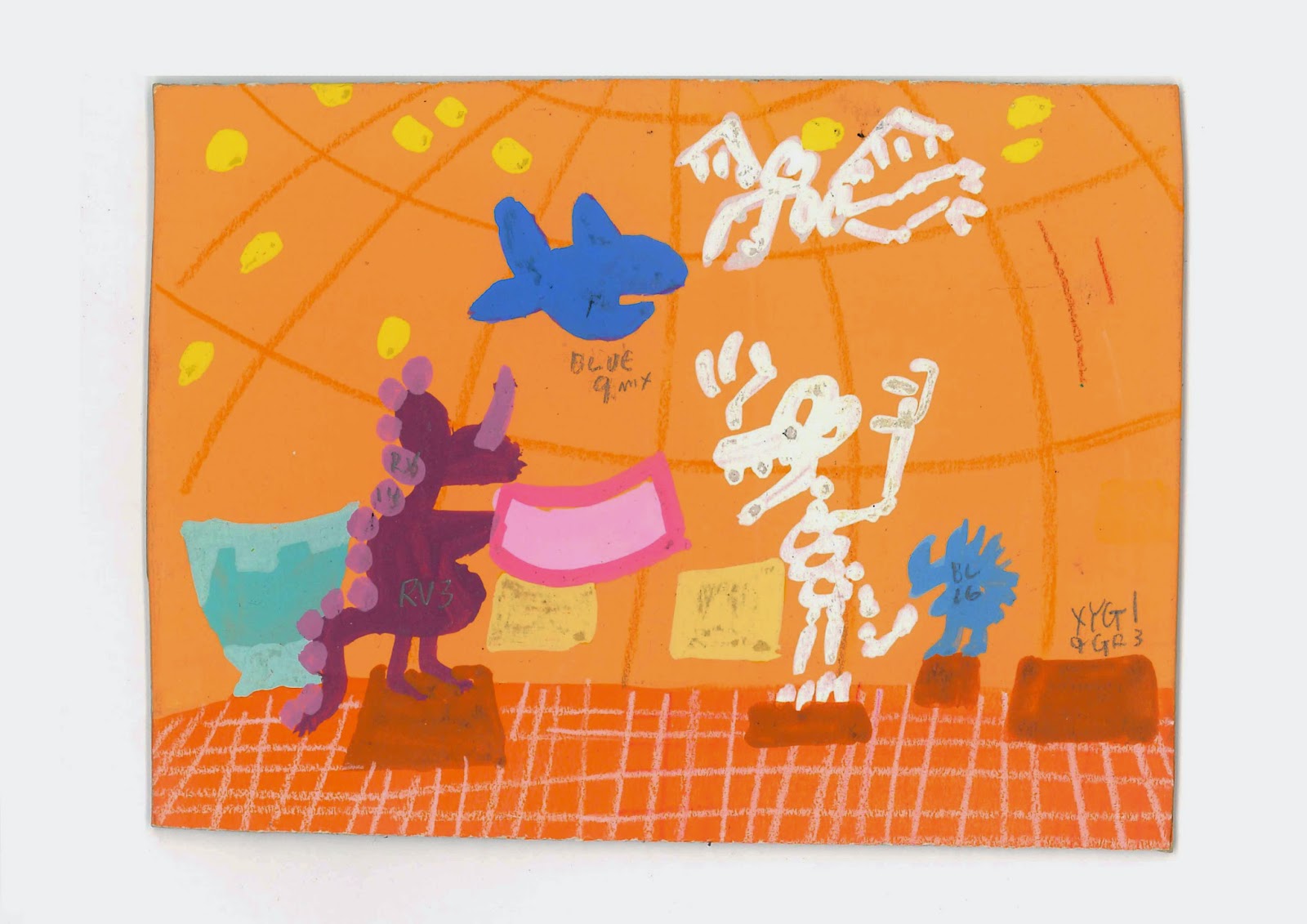 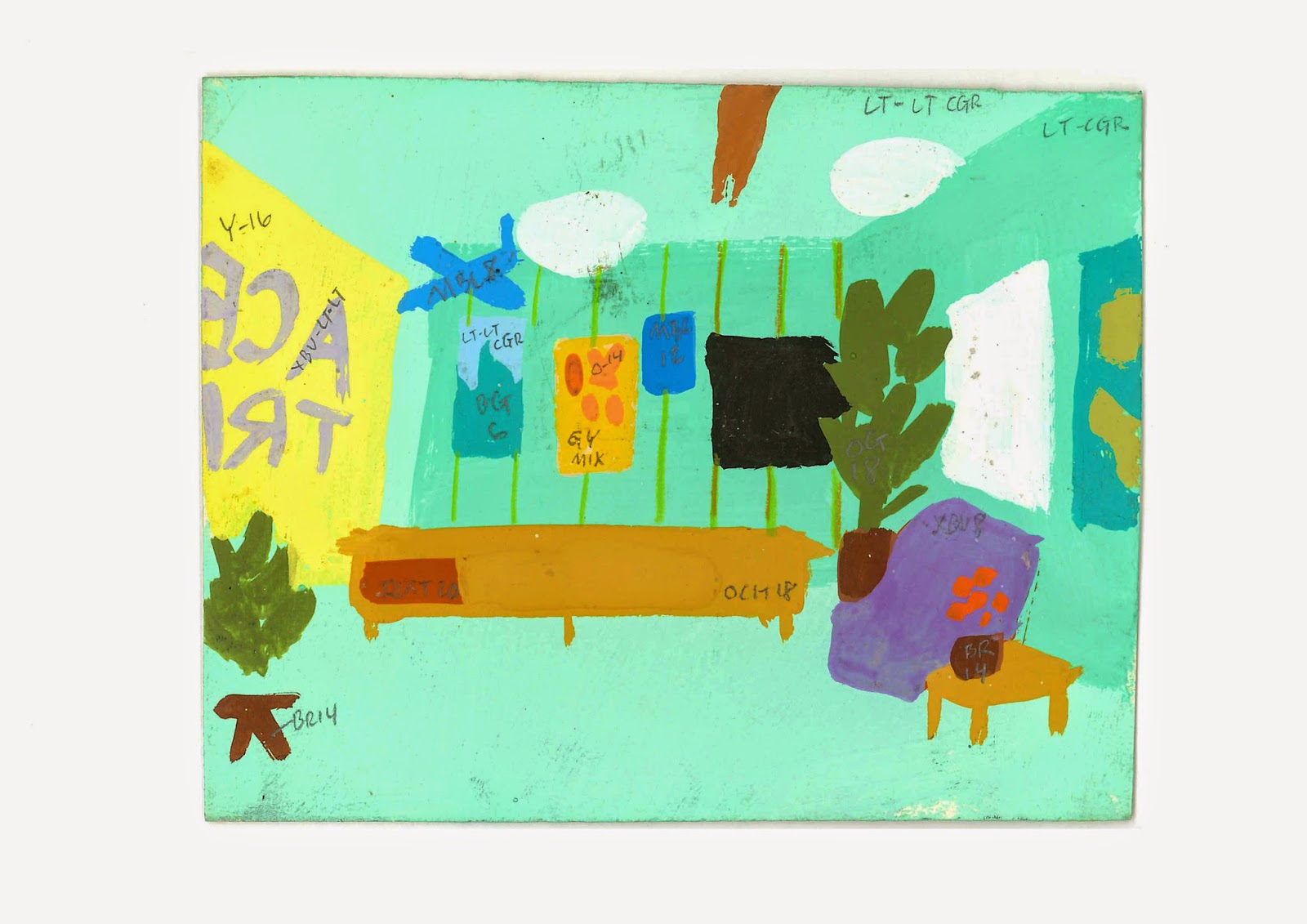 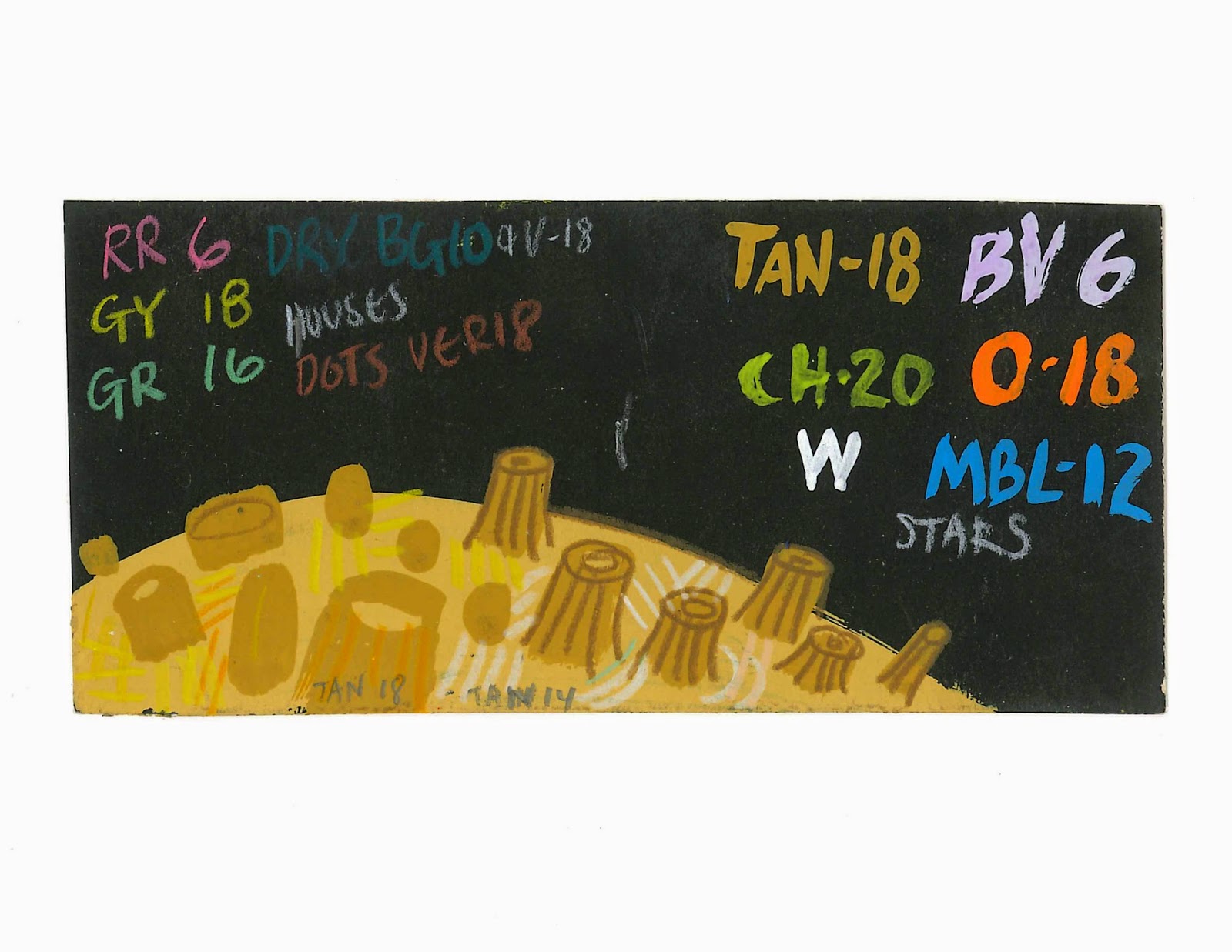 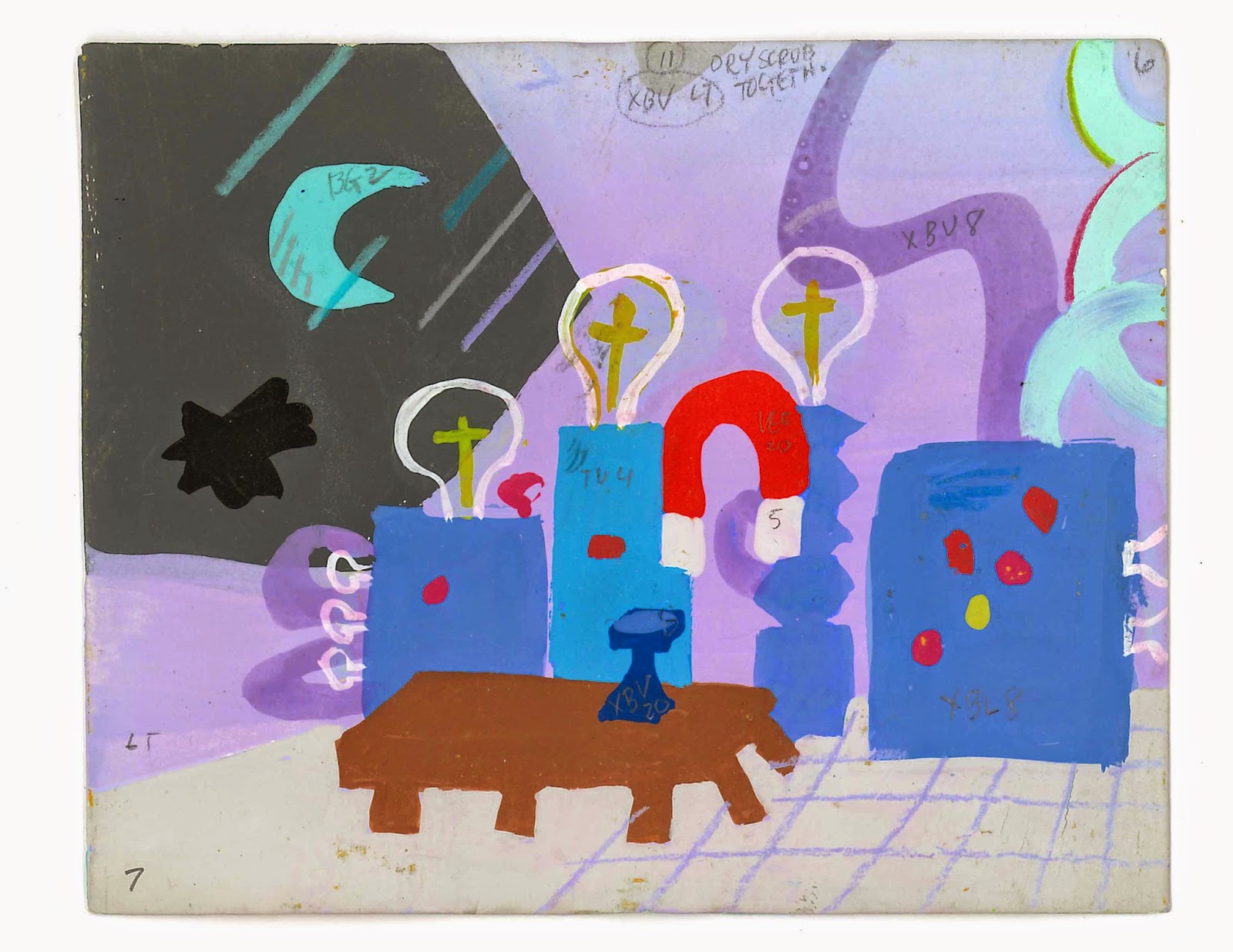 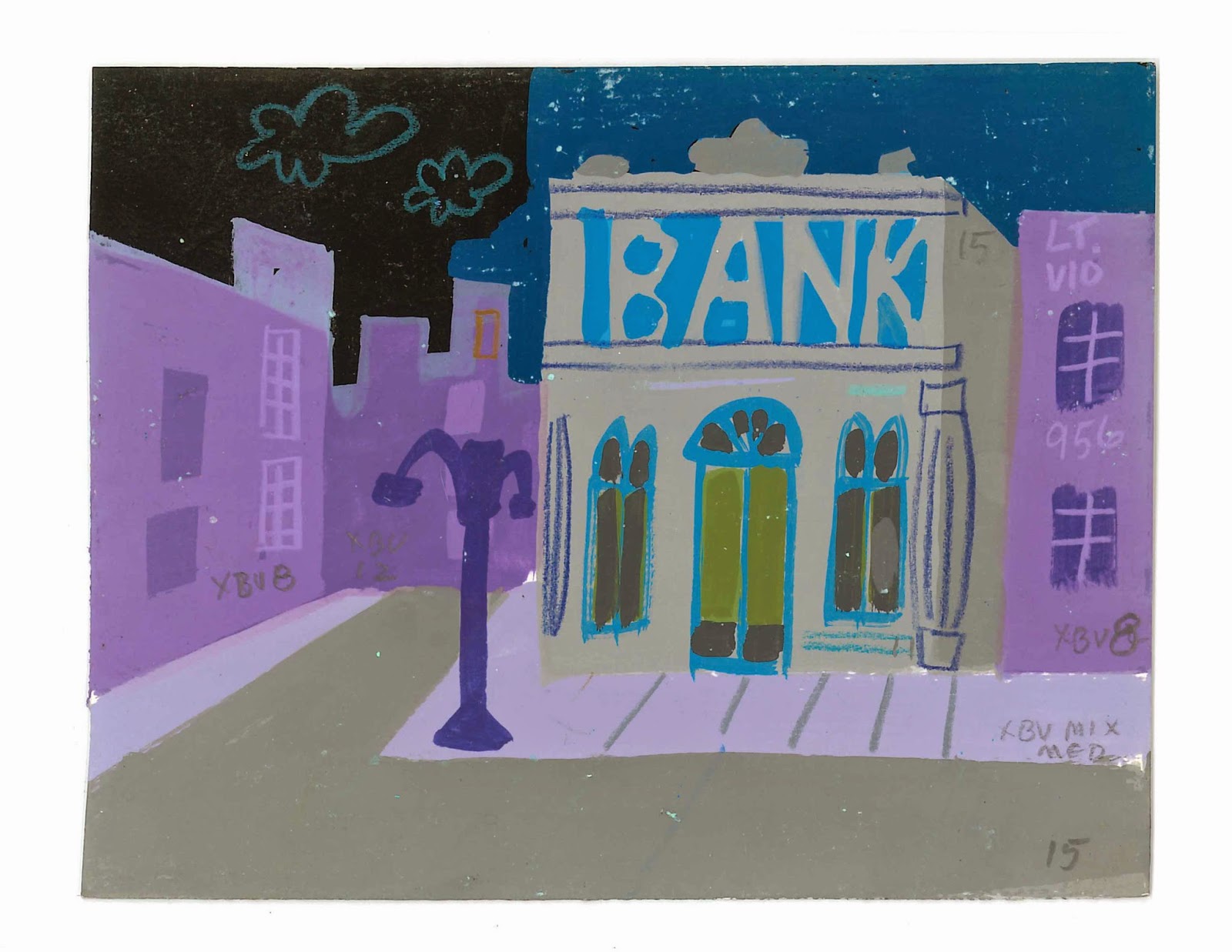 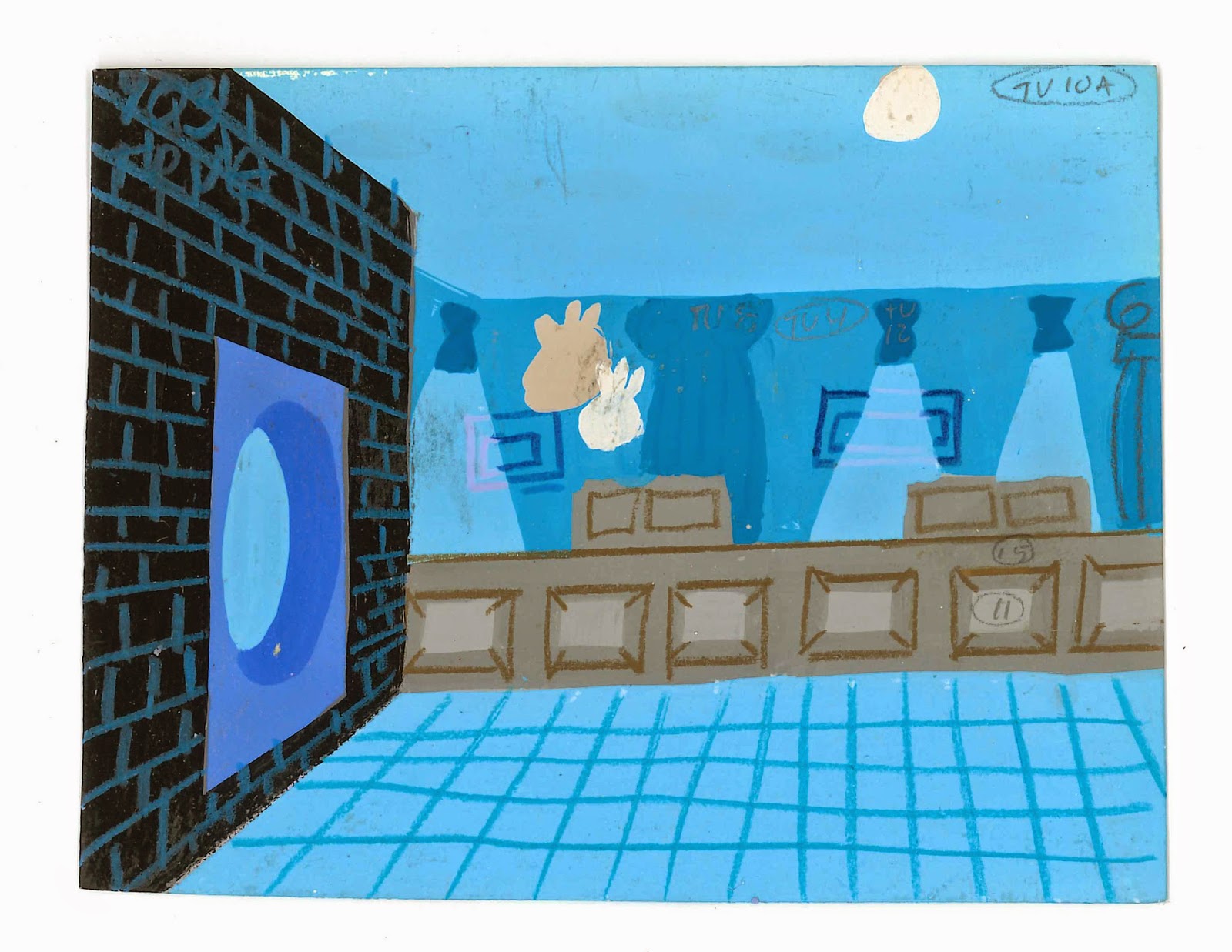 And a few years after that, Wallace the Waffle Whiffer for Aunt Jemima Frozen Waffles: 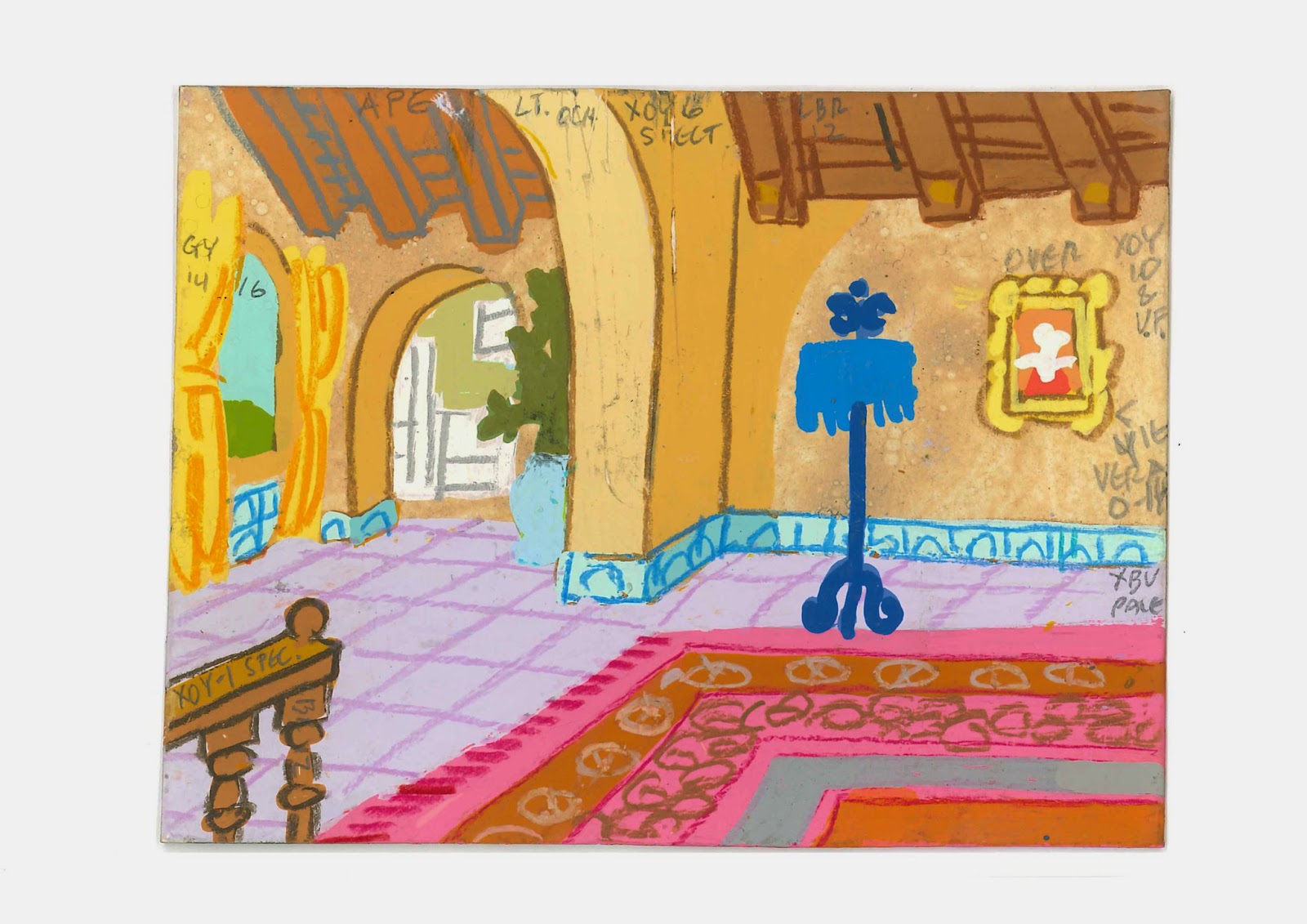 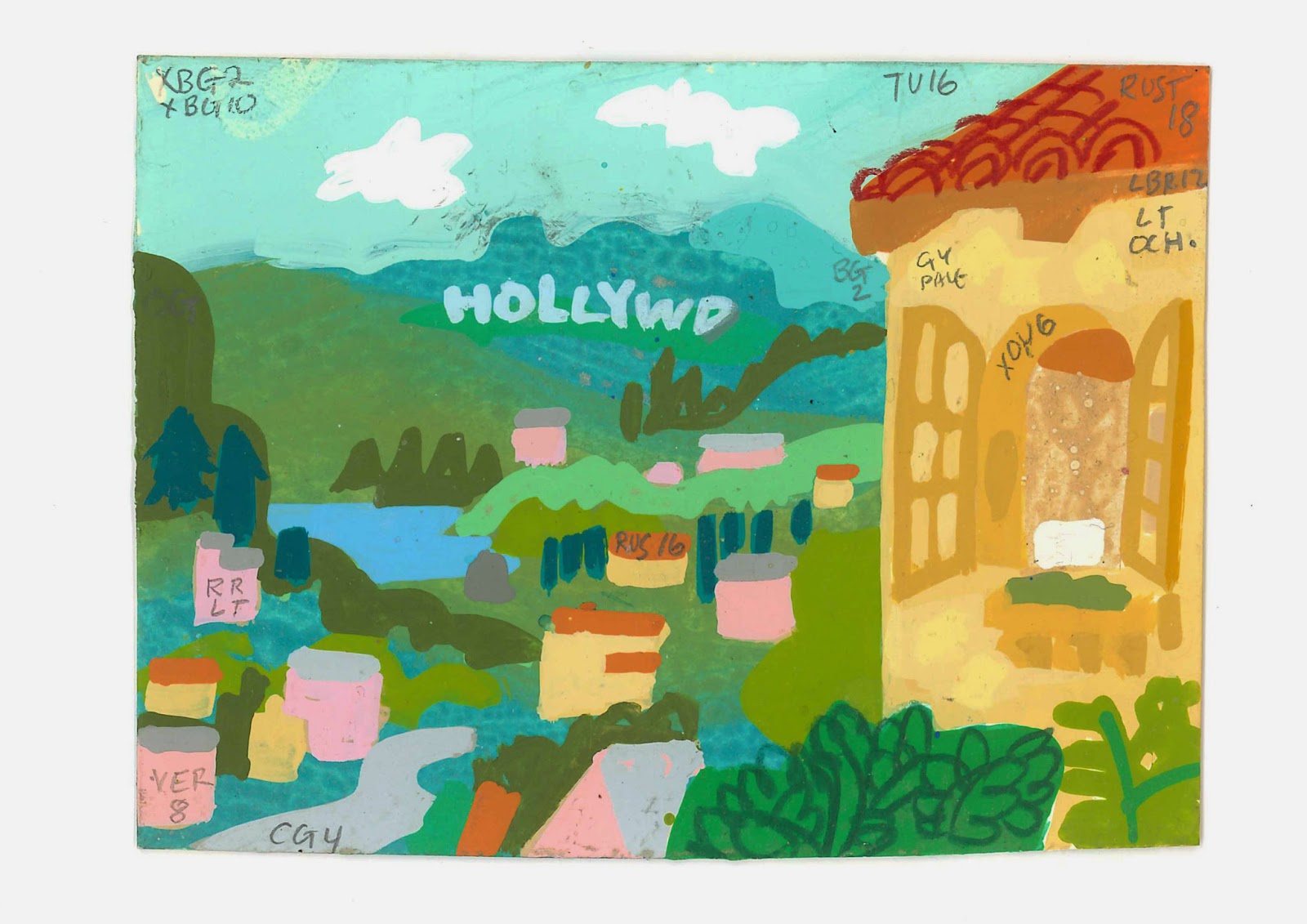 *Burns later wrote for television sitcoms and helped develop, write and produce The Mary Tyler Moore Show, among others.
Posted by Darrell at 9:30 AM